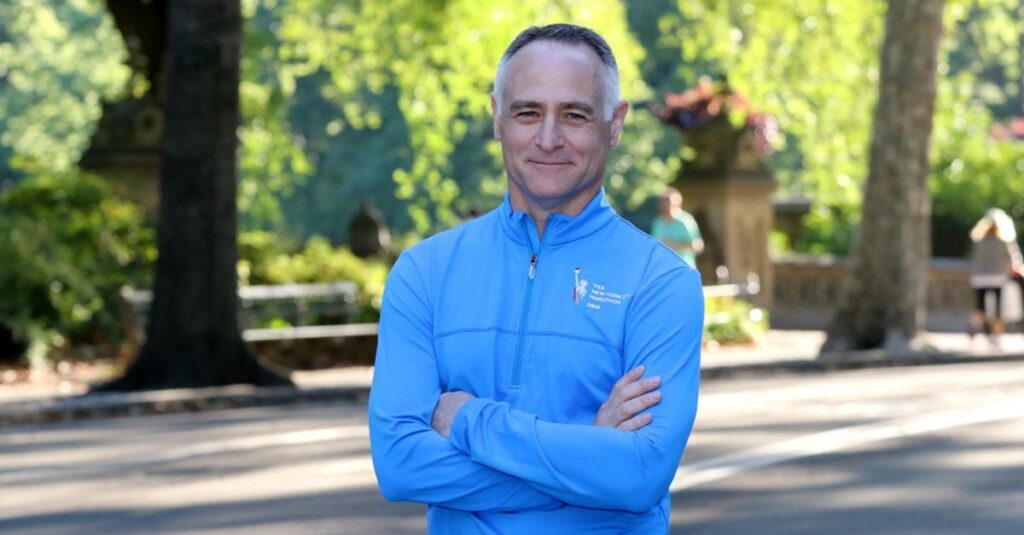 Walking, jogging, running, and power-walking are all directly tied to improvements in cardiovascular health. One study even suggests that jogging can help strengthen the human body against infection, disease, and illness. For Michael Capiraso, jogging is more than a health-related hobby, it is a way of life.

Recently appointed to the Board of JoggingBuddy, a premier social media platform for organizing running companions, Michael Capiraso brings a visionary approach to team-building and sustainable growth as an Advisor.  A decorated marathon runner himself, Capiraso has enjoyed a fascinating career on his way to this leadership position.

Let’s take a closer look at how Capiraso and JoggingBuddy are partnering up to bring transformative health and social connectivity services to the running enthusiasts among us.

Michael Capiraso Brings Leadership to the Board

For Michael Capiraso, you might say that running is part and parcel of his very existence. A running enthusiast with more than 28 straight New York Marathons under his belt, Capiraso also helped to organize the event as the CEO of the New York Road Runners (NYRR).  An expert in the running arena already, Capiraso endeavors to bring his passion and background to the Board of JoggingBuddy.

Capiraso has specialized in helping to cultivate organic growth within innovative fields of marketing, acquisition, and technology. A proven leader, having served in the CEO position at NYRR, Capiraso would help to foster revenue growth that nearly doubled during his tenure. Along the way, Capiraso would help double the runner engagement at the NYRR, building and essentially establishing the community that runners embrace in the City to this day.

Michael Capiraso says of the JoggingBuddy platform, “I realized that this was a project worth supporting.”

Joining the JoggingBuddy platform was a mutually beneficial decision, according to the founder and CEO of the platform, Tony Piedade. Tony released a statement on Capiraso’s elevation to the board, “He brings a wealth of experience and vision that I hope will keep us firmly focused on helping millions around the world buddy-up and stay fit.”

An experienced and decorated leader, Capiraso brings to the Board the ability to craft a comprehensive strategy for planning and delivering runner engagement through various offerings.

Running In the Wake of COVID-19

Following more than a year of global lockdowns and quarantine measures, JoggingBuddy offers runners the chance to re-engage and re-energize with the running community now that the world is beginning to open back up again. Capiraso’s brand-building and leadership skills will be integral in fostering more explosive and organic growth for the surging company.

Capiraso says of the JoggingBuddy leadership team, “Tony and the team are driven and single-minded about promoting jogging, running, and walking.”

To keep runners organized and energized, JoggingBuddy maintains a list of the Top Runners in varying categories, creating a competitive element to the platform. A glance at the Sole Performance category would reveal the style of shoes worn and the distance traveled by a member of the platform.

The current Top 10 countries ranked by Miles run by its members are the United Kingdom, Israel, and the United States.

Established in 2009, JoggingBuddy started as a hobbyist platform for connecting the running community. Growing from these humble beginnings, JoggingBuddy has since experienced organic growth in more than 100 countries around the world.

JoggingBuddy is a unique platform and the only requirement is a pair of running trainers and some free time. Built on two core beliefs, the team at JoggingBuddy believes that running is beneficial to our health and that getting started is harder than keeping going.

Targeting 1 million TOTAL miles, JoggingBuddy helps its users to find a training partner, get more during a training session, and to stay focused throughout the process. Miles are uploaded onto a global database and compiled for site-wide goals to help keep everyone motivated.

Michael Capiraso says that JoggingBuddy delivers “Jogging, running and walking with a unique buddy support network that helps the global community get healthy and fit.”