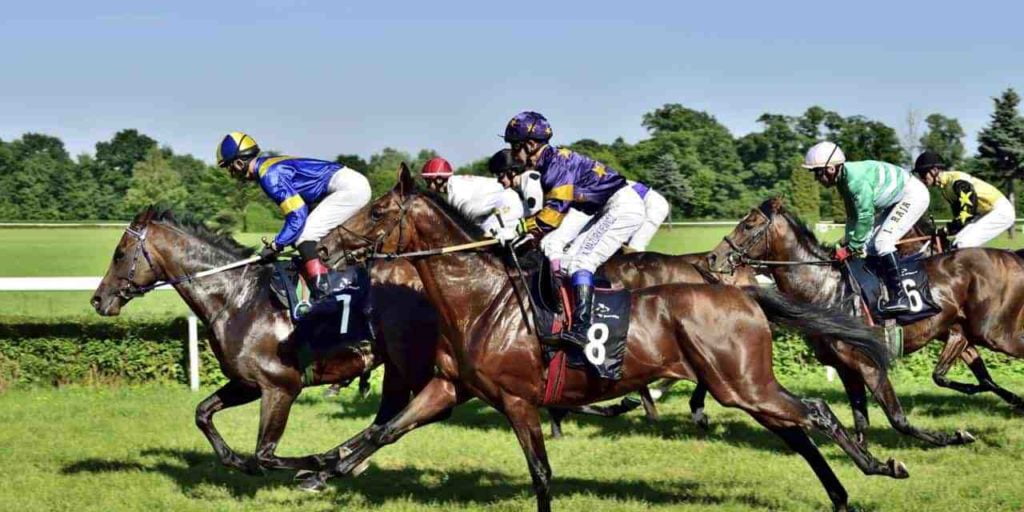 The racehorses truly are the stars of the race track in Australia. They may not get to spend the prize money (and they likely don’t even care about it), but racehorses can certainly bring home some big dollars for their owners.

Many an Australian racehorse has reached millionaire status when it comes to total prize money earned and won. We won’t cover every single horse that has topped the million dollar mark racing in Australia, but we’ll list the top horses as far as total earnings are concerned, and the number one horse on the list is likely no surprise to anyone.

Winx finished her extraordinary career with a total prize pool of $26,451,174, mainly coming from her 25 Group 1 race wins. She has been crowned the world’s best racehorse on a number of occasions, and with so many successive wins, that’s hardly a surprise either. Chances are we’ll never see another horse quite like Winx, but we can all feel blessed to have seen her go round the track.

Purchased from the Magic Millions yearling sale on the Gold Coast in 2014, Redzel has gone on to amass a total of $16,093,500 in prize money for his owners. Much of that prize money was thanks to consecutive wins in the first two runnings of Australia’s richest horse race, The Everest, in 2017 and 2018.

3 time winner of the Melbourne Cup back to back sees Makybe Diva come in 3rd on the overall list of money earned, with a grand total to her name of $14,526,690. We will likely never see her feat again, being a triple crown winner of Australia’s most prestigious horse race. Makybe Diva will certainly be revered and remembered for a very long time to come.

A New Zealand bred racehorse, Sunline saw success in 3 different countries, including New Zealand, Hong Kong and Australia. During her career she was the highest earning mare of her time, bringing in $11,351,610 total prize money for her owners. She was 4 times New Zealand horse of the year and 3 times Australian horse of the year.

Considered by many in the industry as Australia’s best ever middle distance runner, Northerly earned a total of $9,341,850 in winnings, doing most of her racing in the early 2000s, winning the Australia Cup twice and the Cox Plate.

$8,821,935 is the amount of money this racehorse earned in recent years. Also known as the “Grey Flash”, Chautauqua is considered Australia’s greatest stakes earning sprinter. The horse was a notoriously slow starter, often winning races after coming from last place.

Another big money earner from recent years is champion racehorse So You Think, who managed a total of $8,813,497 in earnings. He came into prominence with consecutive wins in the Cox Plate in 2009 and again in 2010. He did feature as the race favourite for the 2010 Melbourne Cup, but only managed 3rd over a longer distance than he was used to.

Black Caviar amassed a total in prize money of $7,953,936, and who could forget her phenomenal feat of 25 consecutive race wins, including 15 Group One race victories over her career. Black Caviar was a champion sprinter in the early 2010s. She was so good that she was named World Champion Sprinter 4 years in a row from 2010 to 2013.

With career earnings of $7,428,836, Santa Ana Lane is trained by Anthony Freedman and boasts an impressive record, with his first major win in the Sir Rupert Clarke Stakes at Caulfield in 2017.

Now retired, during his career Buffering accumulated in excess of $7 million in prize money for his owners, and was the first Queensland racehorse in history to pass this mark. Buffering was a regular rival of champion mare Black caviar, but never managed to beat her in a race.

Some Other Millionaire Racehorses

There are quite a few more, but too many to mention here.