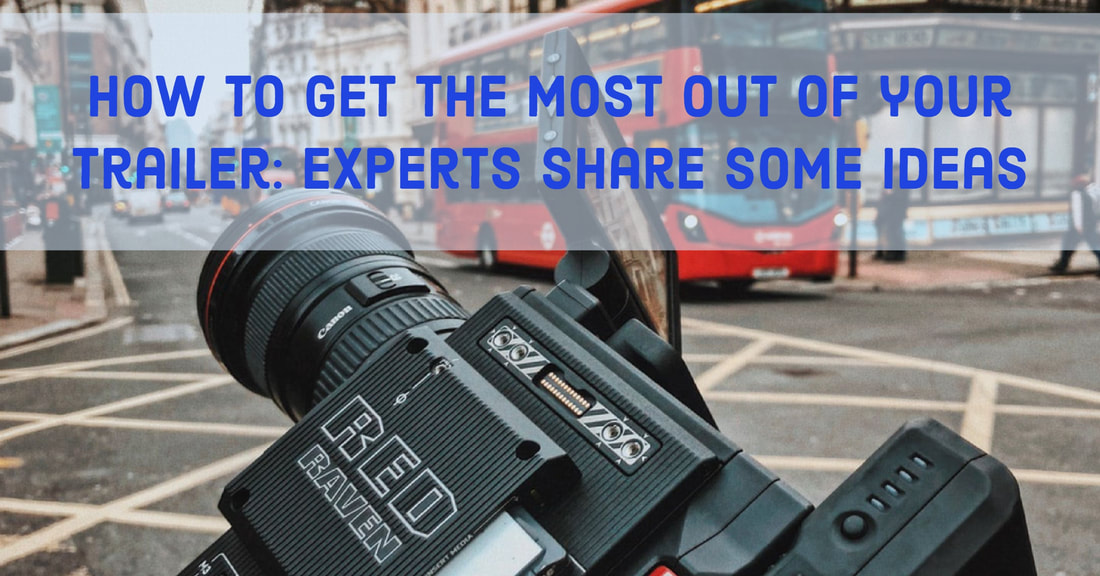 A trailer is less than three minutes long. Yet, today it’s one of the most important means of film advertising. A great trailer can get 100,000 hits on YouTube within a week and put your self-distributed film at the same level with Blade Runner 2049 or The Shape of Water. And even once the great release is over, it will be the trailer that will pop up in Google search years after. Only these reasons are enough to take your film trailer as a separate piece of work and art that requires much effort. How to get the most of it? Let’s break it down below.

A trailer is a condensed version of a film that demonstrates its most significant elements. At the same time trailer is a prologue to the story behind it. As Buddha Jones (the co-founder of John Long) said, “The most important thing is that you have to hook people immediately whether it’s a great piece of dialogue between characters, an unexpected jolt of some kind or a wonderful piece of music.”

This “hook” should depend on the genre of your film. For comedies and dramas, for instance, you can make fun with some gravitas, or vice versa make it serious with a few zingers for levity. You can also include laurel reviews from the festival circuit to persuade the viewers in the greatness of the feature. Think of a narrator for the trailer and how this short piece can benefit from a story told vividly.

When you watch a great trailer, you feel its rhythm that soaks you in the story completely. Just remember trailers for Mad Max: Fury Road or Cloverfield. A great well-cut trailer has a flowing motion when everything plays off. It guides the viewers through the experience of the film. It creates excitement and anticipation.

Very often it is music that helps create the rhythm, while it’s not an obligatory element, it helps to build up. There should be three music cues due to a three-act structure of a trailer.

NOTE: while giving the story and the obstacles, you should NEVER resolve anything! Leave as many questions hanging in the air as possible.

To make a trailer, you need to take the film apart into the basic building blocks. If you don’t have a trailer editor, then the easiest way to do this is to break everything into two sequences: a visual string and a dialogue string. However, it’s highly advised to have a specialist doing the trailer because even the feature editor doesn’t understand the art of short pieces to the full extent. If you don’t have sufficient funds just right now, talk to your investor or look for an independent film financing company like Red Rock Entertainment, to get the funding. It is vital to have a professional onboard because sometimes a trailer editor can de-contextualise a dog bark or a car serene that were episodic sounds and turn them into the major trailer points that engage the audience. Furthermore, trailer professionals have their own specific toolbox with visual effects that can turn a dull story into a masterpiece.

Not all films tell stories that are accepted by each and every member of the audience; some features talk about painful topics and sensitive subject matters that might turn a part of the audience against you. Some viewers might think they have already seen that type of film before. For instance, when the production of a trailer for The Stolen was in process, it was decided to turn a classy western story into something more interesting – a story of a mother, a woman’s perspective of the world. While investors from Red Rock Entertainment were surprised (to say the least) by the chosen course, the film had a great success owing to the trailer.

Your goal is to find the lead in the story that will surprise, amaze, horrify your audience or maybe make it sympathise and equalise themselves with the character. And at the same time, you need to hide the aspects of the story that may turn the audience away. For instance, in Half Nelson the main character is a school teacher and a crack head; in this case the first characteristic is more important than the second one. For this reason, drug abuse in the trailer was minimised to concentrate viewer’s’ attention on the more essential facts about the character.

And the final tip to get the most out of your trailer: always break the feature and the idea into pieces. It’s much easier to create something new from small pieces than cut essential elements from a story.