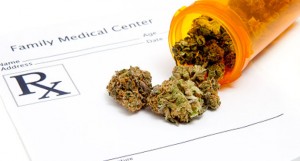 Though many states are still deciding on the question of completely legalized marijuana, medical marijuana has already arrived throughout the country as a prescribed method of pain relief. As a result, various businesses and venture capital has begun springing up all over the place to take advantage of this new medical industry.

While it might seem that starting your own medical marijuana business must involve converting the backyard into a greenhouse, there are actually a number of other surprising operations that accompany the growing business. As national opinion about cannabis begins to shift, here are a few ways that the whole industry will continue to expand.

In this emerging industry, a software company called BioTrackTHC offers one of the only turn-key Medical Marijuana POS software systems that also meets state regulations to help grow your business along with your cannabis. BioTrackTHC provides services including:

This software helps to dispense medical marijuana to help businesses run smoothly and effectively while complying with government regulations.

Teaching Others How to Grow

Los Angeles resident Bob Calkin started out growing and selling his own weed but now makes a significant portion of his income from traveling across the country and teaching others how to deal medicinal pot. Calkin hosts conferences charging around $300 a ticket to learn tips for starting up your own medical marijuana operation.

In his talks, Calkin explains the bizarre sides of the business such as how to register for a business license without incriminating yourself on public records. This is because the industry remains illegal at the federal level but has been legalized in 21 states as legal medicine and as a recreational drug in two more states. Regulating marijuana growing has become something of a struggle as something that was an "outlaw venture" just a few years ago as become a "respectable business."

Sandy Moriarty started a new kind of cooking a few years ago. Chef and author, Moriarty teaches guests how to cook with medical marijuana. But she asks that students bring sleeping bags with them since many are "too high to go home" after class. She slathers her Dizzy Bird turkey with a special recipe of cannabis-infused butter and calls the result "phenomenal." Another of her favorite recipes is lemon bars which she sells to a medical marijuana dispensary in San Francisco. And if you can't spend the night after class, then you can just order a copy of her cookbook Aunt Sandy's Medical Marijuana Cookbook.

Aunt Sandy's business is just one example of what CNBC News calls the "budding edible medical marijuana industry." Small operations from Colorado to California specialize in marijuana treats like candy, ice cream and soda. Other entrepreneurs, like Moriarty, have opened up cooking schools and institutes.

As more states answer the question of what to do about medical marijuana, the growing and distributing industry may continue to expand. And with it will come many more innovative companies hoping to cash in on the potential profit.