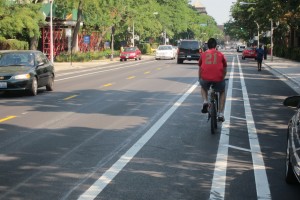 I recently got into a car accident with a delivery man on a motorcycle. He was coming in the wrong direction of the road, right in the middle of a small road on the way to my hairdresser, I wasn’t going slow to be completely honest, but then again, I never would have expected a man on a bike to be coming at me on the wrong side of the road right in the middle of it, as I was turning left onto that street… My car crashed hard into him, I kept pressing the breaks but the car kept moving forward at a slower but shocking speed. “Why wasn’t the car halting at once like it usually did? “I thought to myself, my face now yellow with fear. “Please don’t let him get critically hurt or even worse, die…” I found these thoughts all rushing into my head at once.

Thankfully the car finally came to a halt, crashing into the bike just enough to make it fall and for the man to be pushed out of the motorcycle, but thank god my car did not run him over. As I sat for a few seconds inside the car while the man fell on the ground along with his bike, I thought to myself “he’s not dead, I didn’t run over him.. Things will be ok”.

I got out of my car as everyone on the street rushed to help the man up and to make sure things are ok. I was furious at the man for breaking the law and putting me in such a situation where I was at a risk to critically injure him. I talked to him to make sure he was ok, he talked about his leg hurting but I saw him stand up on both, so I knew none of them was broken.

Finally, after calling the right people and taking the man to the hospital, things turned out ok, all he had was a shock in his knee and our insurance companies would cover all of the damage.

I couldn’t stop thinking that this all happened because of my rush to go to the hairdresser before it closed… I was at risk of putting a man’s life in danger because of something as silly as my hair. Yes, the man was legally and ethically at fault, but I should have been driving slower in such as small street…

That accident gave me an awakening, from that moment on, I spend a few weeks not wanting to drive and being overly careful when I did (I was really slow and looked in all directions before making a move left or right). The biggest awakening was the realisation that the stress and hurry of life is not worth hurting yourself and others, and sometimes we do without realising it. My stressful job and long hours at work had taken time and patience away from me and it was starting to cause a danger to my life…

Below is an infographic that I’ve put together in collaboration with carhireiceland.info about bicycle safety that I think might be helpful to a lot of people.

ranatarakji is author at LeraBlog. The author's views are entirely their own and may not reflect the views and opinions of LeraBlog staff.