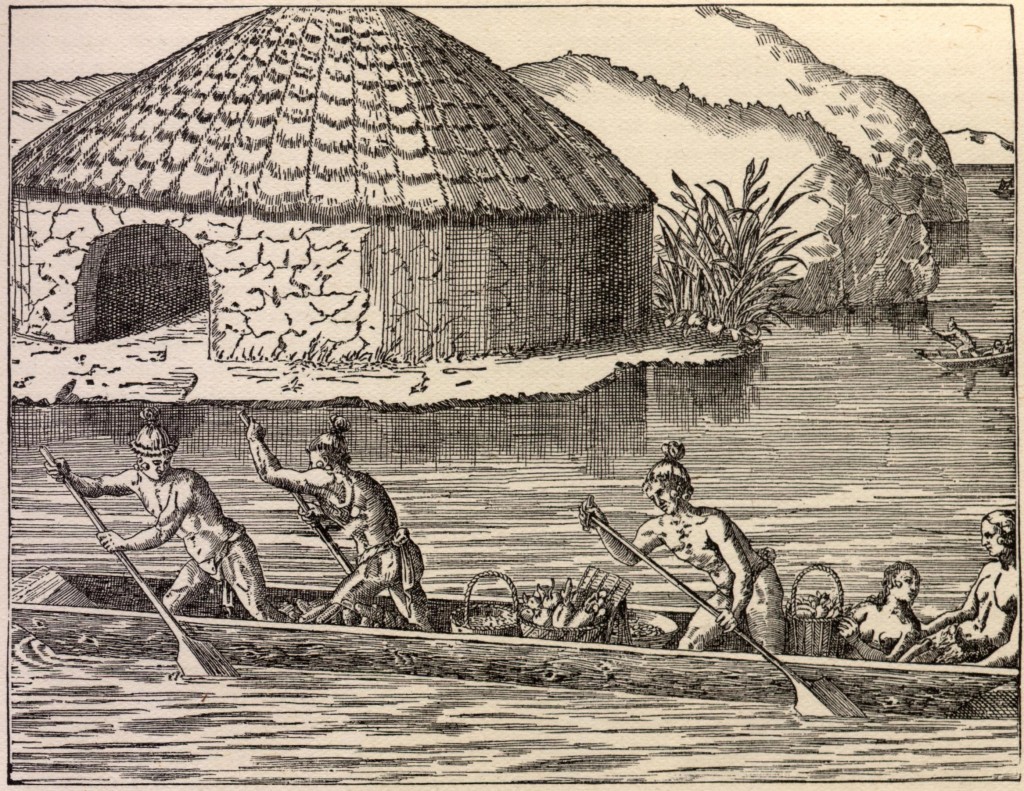 12,000 years ago the first humans to migrate to pre-historic Florida were tribes of Native Americans. Ancient animals roamed the land of Florida such as the saber-tooth tiger, the mastodon, and the giant armadillo. Native American tribes survived as hunter-gatherers living off small game, plants, nuts, and steady water supply. They developed complex cultures and fashioned stone tools that are found in the soil of Florida to this day. The evidence of this Native American influence is still evident today in the name of Florida's cities and landmarks such as lake Okeechobee, or Tallahassee. In this post we take a look at how Florida became the State it is today.

Juan Ponce De LeÃ³n, a Spanish explorer was the first known European explorer to write about and explore Florida in 1513. In April of 1513 Juan Ponce de LeÃ³n landed ashore near the northeast coast of Florida, near present day St. Augustine. Ponce de LeÃ³n called the land "la Florida" meaning "land of the flowers". Ponce De LeÃ³n searched Florida for the famed "fountain of youth" that was said to return you to a state of youth and stop aging.

Ponce De LeÃ³n took another voyage to Florida in 1521 accompanied by many people and horses in an attempt to conquer the Florida mainland. His attempt to colonize Florida failed because of resistance by the native people. Ponce De LeÃ³n was ultimately killed in this attempt, but his accounts of Florida made it a desirable place for explorers and treasure seekers. Spanish treasure seekers such as Hernando de Soto began exploring Florida in search for wealth and money, but no great treasure troves were ever found by the Spanish conquistadores.

In 1763 Britain finally gained control of Florida by trading Havana, Cuba to the Spanish. Spain evacuated Florida and went to Havana after the agreement. The British tried to attract more colonists to Florida and create a flourishing colony; however, during the War for American Independence Spain regained control of Pensacola in 1781 and the rest of Florida in 1784

After Spain regained control of Florida tons of colonists and settlers from the newly formed United States inundated Florida. The new residents of Florida were trying to acquire property or they were escaped slaves trying to find freedom from U.S. masters. This made the new Spanish Florida increasingly American instead of Spanish. This made Spain finally cede Florida to the United States in 1821.

Florida finally became the twenty-seventh state in the U.S. on March3, 1845. The first Governor of Florida was William D. Moseley and David Levy Yulee was the first Senator. The population had grown to about 90,00 including about 39,000 slaves. During the Civil War Florida opposed the North, but no large battles were fought in Florida and it was virtually left untouched by the North, unlike the ravaged lands of some other Southern States.

At the end of the 19th century agriculture and cattle-raising became a very important industry in Florida. Investors became very interested in what natural resources Florida had to offer. Florida's industry started booming as cities started using these natural resources. As the transportation industry grew and tourists started visiting for the mild climate.

This article was provided by T. Beasley, blogger for Rue, Ziffra & Caldwell; personal injury lawyers proudly serving the citizens in the State of Florida.