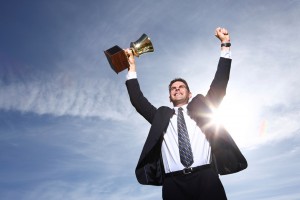 Everyone involved in an accident has certain needs, regardless of who they are. Those needs include the following:

Celebrities do not have an exclusive claim on any of these services. No matter who you are, there are certain immediate steps to be taken after a car accident. Celebrities have no more right to prompt attention than anyone else.

That said, many opt to waive their rights to legal representation, preferring to keep the incident off-book. They decide that they feel just fine, and the auto damage is minimal. They would rather take their chances than file a claim. There are plenty of good reasons why celebrities should always seek legal representation. Here are three:

Celebrities Need to Protect Their Brand

Celebrities aren’t just people. They’re also brands. Tracy Morgan is as much a brand as Walmart or Pepsi. In the case of a serious auto accident, a celebrity’s brand image can suffer. That is especially true if the accident leaves the celebrity seriously injured. The injured celebrity needs someone who can speak for them in that situation.

In this case, Benedict Morelli is the one speaking for Tracy Morgan. He is providing clear messaging that his client is not in any way to blame for the situation.

After looking reading more about Benedict Morelli, he appears to be genuinely emotionally invested in the case. He was said to have been infuriated by Walmart’s case of flagrant blame shifting. Celebrities cannot allow major corporations to unfairly sully their brand image.

Everyone assumes that celebrities have a lot of money. While that is not always true, it is a good bet that they have more money than the average person. That money makes them a big target. It is surprisingly easy to get yourself rear-ended by the car behind you. As slimy and highly dangerous maneuvers go, it is relatively safe compared to staging a head-on collision.

The thing about rear-ending specialists is that they are not alone, not even close. There are a number of methods for staging auto accidents. The FBI says they cost insurance companies $20B a year. Not only do celebrities need to know how to avoid staged accidents, they need the help of an experienced attorney in the event they are unable to do so.

Celebrities Have a Reputation for Irresponsibility

Even if the toxicology report comes back clean, do you really believe that the celebrity was behaving responsibly? Even if you like the celebrity in question, you likely assign them some portion of the blame. Imagine how a jury would see it.

When celebrities die young, it is automatically assumed that the cause of death was a drug overdose. This list explains why people are so quick to jump to that conclusion, and why they are so often right. These are not people who tried drugs only once. Rather, these are people who have had long and storied battles with drugs and addiction.

Actors like Robert Downey Jr. and Hugh Grant have had their share of public issues with automobiles and irresponsible behavior. People think this way about celebrities because, for so many of them, it is absolutely true. The celebrity who behaves with sobriety and responsibility throughout their career is the anomaly, not the norm.

So when there is an accident involving a famous person, there are few who are willing to give them the benefit of the doubt. Even if the accident was not their fault, they might have a harder time proving it than the average person. This necessitates a good accident attorney, especially one who has experience dealing with celebrities.

Everyone in an accident needs an accident attorney. But not everyone needs someone to speak for their brand image. Not everyone is such a big target. And most are not assumed guilty despite what a toxicology report might say.