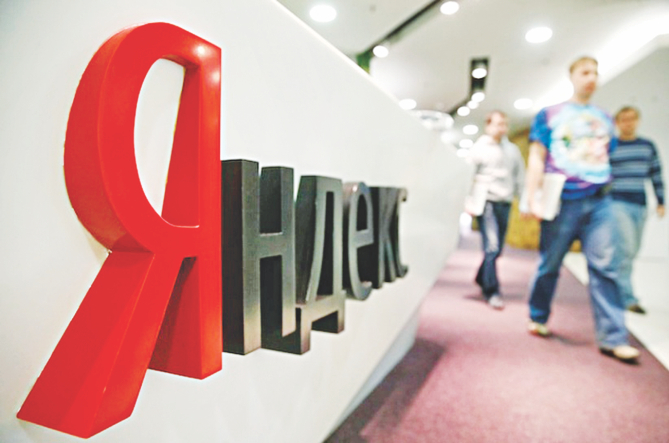 The search engine giant is faced with the prospect of yet another competition investigation after a complaint was filed with the authorities by the largest search engine in Russia. According to the allegations made by Yandex, Google holds an unfair advantage over its competition because it insists that Google is set as the default search settings by device makers if they want to pre-install its Play Store in their smartphones. Google Play is known as the best-stocked and safest marketplace for applications and other media for all Android devices. Google hasn't made any response as yet as the US firm hasn't seen the complaint that was filed with the Russian Federal Antimonopoly Service (FAS).

However, the technology giant can say in its defense that the smartphone manufacturers have complete freedom to install the services of competitors if they don't wish to pre-load the company's software on their devices. Another argument that can be presented by Google is that customers can use other software for carrying out their searches such as Yandex's search application after they have purchased an Android powered tablet or smartphone. Similar complaints regarding Android have been made in the past by Microsoft and others to the European Commission. They have claimed that the operating system plays the role of a Trojan horse for the search engine giant's services.

Last year, the EC had said that an investigation would â€˜probably' be launched against the claims if an â€˜adequate' response was not provided by Google. A separate investigation is already being carried out by EU's watchdogs into the advertising and search business of Google Inc. Yandex stated that it had decided to make a move against the US firm after it had been contacted last November by three electronic companies namely Explay, Fly and Prestigio, which said that Yandex services could no longer be pre-installed in Android devices because of the restrictions imposed by Google.

Yandex said that it was a take-it-or-leave-it offer, which meant that the companies either had to install the complete set of Google Mobile Services app, which included Gmail, Google Play, YouTube, Google Drive and Google Translate and set Google as the default search engine or opt out completely. It was also asserted by the Moscow-based firm that Google was increasing its restrictions to ensure that device makers couldn't install the services of the competitors. Nonetheless, it was subsequently acknowledged by a company's spokesman that customer could download its app.

However, the spokesman did say that while Apple's iOS operating system offered its users the option of resetting their default search service, such an option was not available to Android users. He also said that the share of searches carried out through Yandex on Android devices had fallen from 52% last year to 44%, even though they had increased in the same period on iOS devices. The PR director of Yandex said that device manufacturers should be given the right to choose the settings to pre-install and set as default so Google's OS should be separated from Google Search and other services.