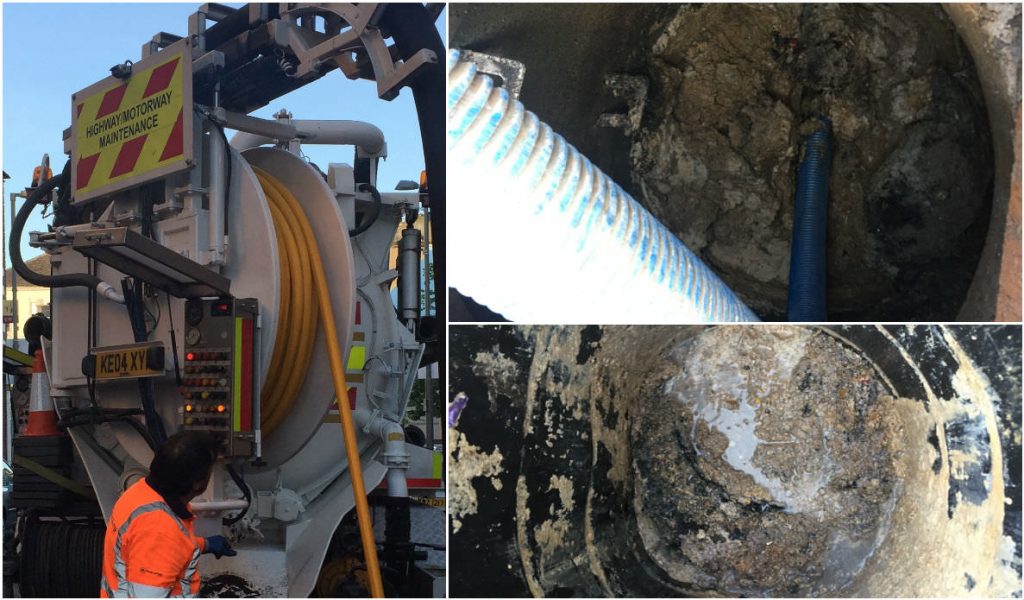 Blocked drains are not just a problem for individuals and private wastewater lines. In recent years, blockages in the public sewerage systems caused by “fatbergs” have been causing huge problems for cities around the world.

Fatbergs are clumps made up of congealed fat, wet wipes, condoms and other household waste that has been flushed or washed down the drain. When fat, oil and grease (FOG) enters the pipes, it cools down and solidifies over time. It can act like cement, binding debris together into a huge impenetrable mass.

There are two main culprits responsible for fatbergs. The first are businesses such as hotels, restaurants and takeaway establishments that are pouring FOGs down their drains. While most cities require businesses to install grease traps, regular maintenance is needed for them to function correctly. A faulty grease trap can result in litres of FOG getting washed into the sewerage system every day.

Likewise, there is plenty of evidence that individual households are contributing to the fatberg problem. According to Michelle Cull from Queensland Urban Utilities (QUU), one in four people wash cooking oil down the sink. People need to start thinking about what they put down the sink, because all ends up in the sewerage network.

If allowed to completely block a section of sewer, a fatberg can cause serious flooding and destroy streets, businesses and homes – which is exactly what happened in the Philippino city of Malabon in 2015. The Guardian reported that “paddle boats replaced cars after typhoons Egay and Falcon were exacerbated by FOGs from restaurants and fast-food chains, clogging the sewers and submerging the streets.”

Fatbergs can also devastate local wildlife. In 2013, a fatberg in a main sewer in Bristol resulted in a discharge of raw sewage into the River Trym, which killed hundreds of eels, sticklebacks and bullheads.

In the same year, Thames Water removed a fatberg weighing as long as a double-decker bus and 15 tonnes (15,000 kilograms) in Kingston.

“It’s definitely getting worse,” Craig Rance, a campaigns executive at Thames Water told The Guardian. “We’re seeing a rise in the number of wipes being flushed down the toilet as people move away from toilet paper. And only one in 10 know how their drains work. People think the toilet is some magic portal that makes everything disappear, but it all has to go somewhere.”

While Australian fatbergs are yet to reach such epic proportions, we are definitely not immune. Cull told ABC that QUU crews clear up to 4,000 separate fatbergs from Queensland drains each year, costing upwards of $1.5 million. “They either form a ball or a blockage or they line the inside surface of the pipe and extend many metres long,” she said.

Other States are dealing with them too. Yarra Valley Water recently released pictures depicting a large fatberg in its sewerage system, in a desperate bid to stop Melbourne residents flushing food scraps and fat down the drain. “We all know where number ones and number twos should go,” a spokesman warned citizens. “But there is no such thing as a number three, so please do not put anything else down the drain.”

WHAT CAN YOU DO TO STOP FATBERGS BLOCKING YOUR DRAINS?

Many people have an out of sight, out of mind mentally when it comes to things like this. However, fatbergs have the potential to cause considerable damage to your property. A complete blockage in a public sewer line could mean that raw sewerage floods the streets and backs up into homes.

Fatbergs aren’t just found in public sewers either. Although smaller in size, congealed fat is a major cause of blocked drains in private wastewater lines

Follow these simple tips to avoid a blocked drain in your home and neighbourhood:

JAB Plumbing Solutions is author at LeraBlog. The author's views are entirely their own and may not reflect the views and opinions of LeraBlog staff.