Formula 1 is the most popular form of motor racing in the world. The 2014 season has 19 races scheduled around the world. According to Formula 1 official website, hundreds of millions of fans all over the world watch the races. 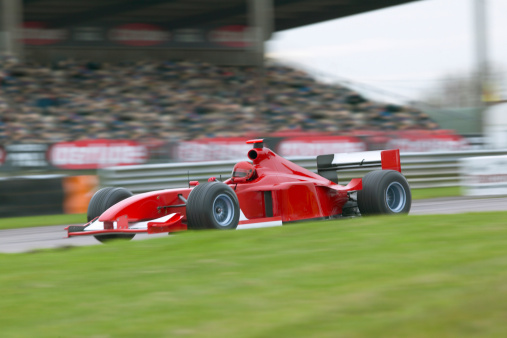 Formula 1 cars are the most technically advanced in the world. The unparalleled acceleration, braking and cornering ability of the cars makes the races incredibly exciting. The cars are also beautiful, with aerodynamic curves and colorful paint jobs that are covered with paint protection film. Formula 1 races begin with a standing start, with 20 of these incredible racing machines running at full power, generating more than 30,000 horsepower between them. When the green light comes on, the cars explode into action. The cars typically reach speeds approaching 200 MPH by the time they reach the first corner, and slow dramatically as every driver jockeys for position. This standing start is one of the greatest spectacles of sports. It is not hard to see why this unique motorsport is so popular.

There have been 43 Formula 1 Grand Prix held in the United States since 1908. It has appeared at 10 different venues, located in every part of the country. At one point, even the Indianapolis 500 was part of the event calendar. Formula 1 has also appeared at many of the most celebrated racetracks in America, with races at Long Beach, Riverside, Sebring and Watkins Glen. Even with all this history, Formula 1 in America has never enjoyed the popularity it has in the rest of the world. The reasons for this lack of popularity are unclear, though the lack of participation by American drivers is a likely contributing factor.

In recent years, Formula 1 has returned to the US. After a five-year hiatus, it found a new home in America, in Austin, Texas. The 3.4 mile Austin circuit has been dubbed the "Circuit of the Americas" and has been well received by drivers, media and fans alike. In 2013, well over 100,000 fans attended the United States Grand Prix at this track.

This season saw a massive increase in the viewership of the United States Grand Prix. 45 percent more viewers enjoyed the race compared to 2012. So, this can be taken as a positive sign of the heightening interest revolving around this motorsport among the Americans. Despite the forecast of inclement weather conditions in the Midwest, the viewership increased and it was six percent more than that of the Canadian Grand Prix held in June. In view of this optimistic growth, it can be assumed that the next season of Formula 1 United States Grand Prix will be more successful in making Americans more interested in this thrilling sport.

Formula 1 is scheduled at two different venues in 2014, the United States Grand Prix at the Austin circuit and the Grand Prix of America, set to run at an all-new street circuit in Weehawken, New Jersey. The Port Imperial Street Circuit promises to be a spectacular venue, set on the banks of the Hudson River, with views of the New York City skyline in the background. This circuit has already played host to a demonstration run of a Red-Bull Formula 1 car. This event thrilled the local residents and left retired driver David Coulthard with a positive impression.

Though it has not historically been popular in the United States, Formula 1 may be growing more popular. With the addition of two beautiful new venues, this may be changing. It truly is an incredible motorsport to watch. Perhaps more Americans will start to appreciate this unique sport in the years to come.

Dawn Gates is author at LeraBlog. The author's views are entirely their own and may not reflect the views and opinions of LeraBlog staff.