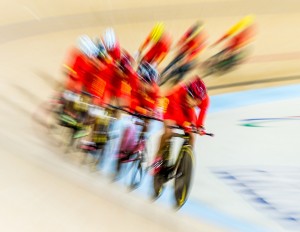 One YouTube trip through the superb footage of Ayrton Senna racing a Formula One car and you will see just how free and exposed the Brazilian is in his cockpit.

Think back to the high jump at school, and the thought of landing in a partially-filled sandpit. Or taking to the crease with only a bat and your coordination to prevent those shins being smashed by a spinning speed-ball of leather. It’s taken for granted now but the sporting landscape has changed dramatically in the past 20 years – thanks to more impressive varieties of “magic sponge” than you could have imagined as your ankle throbbed after a poor tackle during your football days.

You will have felt or witnessed the advantages of those changes, whether you realised it or not; whether you saved yourself from injury, embarrassment or something far worse.

“I know a thing or two about protective clothing and equipment and although my ski helmet and goggles kept me safe in 1988, technology, materials and design…have all moved on enormously in the 28 years since,” said Great Britain’s Olympic ski jumper Eddie ‘The Eagle’ Edwards – someone who regularly took off at a height of 90 metres from the side of an ice-covered mountain.

The sport’s vast strides in protection mean no current driver’s head is as exposed as those in and before Senna’s era. The F1 legend’s death came during the 1994 San Marino Grand Prix. Rising Austrian star Roland Ratzenberger also died in a horrendous accident that weekend.

Since then the FIA changed its rule book. Now there’s energy absorbing foam enclosing cockpits, better seatbelts, seat padding and even automatic fire extinguisher systems that surround the chassis and foam baffles inside the fuel tank that prevent explosions.

These safety measures have helped preserve racing at 220mph with forces of 5g while breaking the cycle of regularly fatal accidents. Jules Bianchi’s death last year reminded everyone of the sport’s inherent dangers. As for 2007, a crash involving Robert Kubica saw him subjected to more than 28 times the acceleration of gravity – meaning his body effectively weighed two tons, instead of 73 kilograms. The Pole suffered just minor bruises – and fortunately that is now the F1 norm.

It’s an evocative sport to say the least, one that constantly provokes questions about health and safety, not to mention the morality of allowing two people to punch each other into unconsciousness.

Foam-filled head gear plays a significant role in amateur and Olympic competition, but it’s the gloves – attempting to protect a fighter’s hands while not becoming a lethal weapon against their opponent – that appear to be making it a safer sport.

A study from The Journal of Combative Sport posted bare-knuckle boxing deaths at 14,000 per million participants – compared to modern professional boxing’s 76. Yet there are some who believe increasingly plump gloves make boxing more dangerous than not bothering with hand protection at all – at least for the fighter on the receiving end.

“Right now boxing is safer than ever,” California State Athletic Commission executive officer Andy Foster told the LA Times. “But that doesn’t mean it’s safe. This is not a safe sport. That’s why it’s regulated.”

That very debate is a sign of how far safety in boxing has progressed.

The same can be said for football, where concussion rules are finally being debated but where head protection has not been considered necessary for all, except for some. Arsenal goalkeeper Petr Cech has played with protective head gear since fracturing his skull against Reading in 2006 – and it hasn’t only done the goalkeeper a favour.

“I had a huge hit on my right side as I punched the ball away and I saw Kurt Zouma lying on the floor, and I was concerned,” said Cech following a game for former Chelsea against Derby in 2014.

“It was lucky he hit my helmet because the impact would have been much bigger. I think the helmet saved him, me as well, because it took away a bit of the impact.”

Head injuries account for a quarter of all rugby injuries in matches, while the professional game sees concussion at a rate of 3.9 player hours per 1,000 – effectively one concussion every six games among all the players involved.

England Rugby see head protection as a means to preventing more superficial injuries, but do call on all clubs to ensure posts and barriers on or close to the pitch are protected with appropriate padding.

If that protection wasn’t in place, heads and shoulders would be hitting solid, immovable and unforgiving metal.

While we all appreciate the impending doom of that half-filled high jump sandpit, it’s pole vault and its 20-foot fall – where athletics safety is truly tested. Or in other words, the third hardest thing to do in sport – where a YouTube search for “pole vault accidents” returns almost 22,000 results.

Fortunately, the landing area is no longer a heap of sawdust or sand. Modern high-tech foam mats are now up to 1.5 metres thick and growing, with padding extending beyond landing sites. There simply is no way the pole vault could take place in its modern form, not to mention no way to avoid serious injury or death, without that protection in place.

Landing safely from a great height and at great speed is a critical factor in gymnastics too – a sport where stresses and demands on the body are impossible to ignore, with 86,000 injuries treated each year.

There is no doubt those figures would be far higher without the increasing use of thicker floor mats, foam pits and padding – all designed to ensure anywhere a gymnast lands is able to absorb the impact.

The evolution of cricket safety hit its peak in 2015 following the death of Australian batsman Phillip Hughes the previous year, when he was hit by a short delivery.

That innovation in helmet technology combines a plastic (TPU) honeycomb framework with military-grade crush foam in order to maximise impact absorption, which gives players much more protection and confidence when batting.

When a US sport is recording more than 500,000 injuries in one year, you know there’s a need for support. Especially when so many are from the knee down.

Hence shoe-cushioning technology aimed at reducing that rate – to the point where NBA teams recommend players change their trainers every month.

The smack from a puck probably hurt even more when they were square – but that’s not much of a consoling thought.

It also explains the head-to-toe body protection carried by ice hockey goaltenders – which also comes in handy when it’s a ruck that ensues.

And in cycling, it took the UCI until 2003 and the death of Andrei Kivilev while racing, to make helmets compulsory – a rule regularly flouted by riders.

Instead of statistics such as up to an 88 per cent reduction in risk of head and brain injuries provided by helmets to cyclists, it’s been the changes in helmet weight and technology that have helped remove riders’ protests.

However, you’ll probably still get better reviews for the advances in padded cycling shorts, which would give any spandex-covered comic book superhero a reason to look twice.

“You only have to see the wide-ranging uses and the fact it’s now ever-present, to appreciate how important foam has become to sport safety and performance,” said Duncan Geddes, Joint Managing Director of Technical Foam Services.

“It has revolutionised the industry and helped manage dangers and reduce the risks previously accepted as just part of the game –yet there is still so much more to come. We may have only scratched the surface in terms of what foam can help us achieve.”

Cycling arguably sums it up best. From something as essential as protecting life, to providing improved focus from better comfort riding in the saddle – future generations will have never had it so good, whether taking on the world, or that hill outside their window.

It really did prove to be the magic sponge after all.