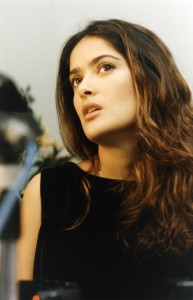 It is a common misconception that an illness like diabetes can stop you from achieving your goals and ambitions. Yet as the achievements of the celebrities in our list below prove, a change in lifestyle does not mean relinquishing your dreams. By taking prescribed medication, finding time for exercise and planning your eating carefully there is nothing at all to stop you undertaking any career or leisurely pursuit you want. Have a look down the list below for some truly inspirational diabetics.

Perhaps one of the most famous names in sport across the world, Sir Steve Redgrave has won 5 consecutive gold Olympic medals over the course of his career. A sporting hero worthy of admiration for his determination and drive, Sir Steve was diagnosed with Type 1 diabetes in 1997. Not only has Sir Steve overcome the challenges linked to diabetes he also suffers from dyslexia and ulcerative colitis.

One of the original founders of the infamous band Pink Floyd, this rock and roll wild child developed type 2 diabetes in his later years. Despite also struggling from mental health issues and depression, Syd's position as lead guitarist for the band was instrumental in the band's success.

Famous for her Oscar winning role in Monsters Ball, Halle only learned she was diabetic after falling into a hypoglycaemic coma on the set of a TV show aged just 22. Managing her illness by increased exercise and a lower-stress lifestyle, Halle has achieved greatness as an A-list actress.

Known as the Godfather of Soul, James Brown is a world famous musician who was active in both music and politics. James's diabetes diagnosis was delivered at a very early age and he had to treat it with insulin throughout his life. This did not stop him from opening many doors for ethnic minorities with his success.

One of the greatest musicians in blues and jazz history, Miles's mastery of the trumpet has yet to be paralleled. Managing his illness did not stop him from winning countless Grammys and getting a star on the Hollywood walk of fame.

This world famous writer changed the landscape of modern literature with his works. Even after being diagnosed with type 2 diabetes and taking lots of medication to control it, he produced some of the most famous novels in the modern world including A Moveable Feast and The Old Man and The Sea.

George Lucas of Star Wars fame first discovered he was a diabetic after graduating from university. During a medical (he had been drafted to fight in the Vietnam war) his ability to produce insulin was found to be impaired. This hasn't stopped George from going on to become a cult movie maker and a legend in his own lifetime.

Award winning actress, Salma developed gestational diabetes during her pregnancy with daughter Valentina. As a result of hormone changes in the body, this kind of diabetes also involves taking insulin but the condition usually goes away after the birth. Despite being at increased risk of developing type 2 diabetes, Salma continues to command 6 figure fees as a Hollywood A-lister.

Although the singer's exciting lifestyle is well documented, few know of his diabetes for which the star took insulin shots throughout his career. An internationally famous musician credited with taking rock and roll to the mainstream, Elvis is a name that will live on in infamy.

This post was sent to us by JDRF UK-a registered charity leading the way in type 1 diabetes research.