So you’ve made the correct decision in not driving home from a party after getting drunk and decided to spend the night on the couch. Good. The next important decision comes the next morning when you wake up and want to drive home. How are you feeling? You slept it off and you’re fine to drive home, right? Maybe you’re feeling tired, hung over, groggy, but you definitely aren't drunk. 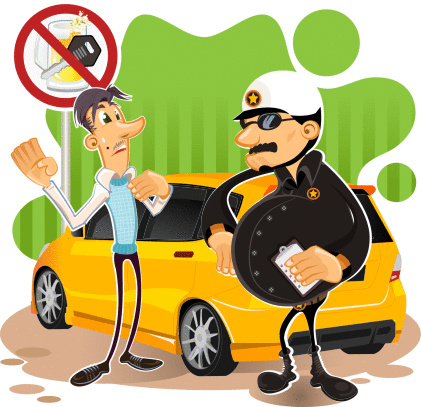 Wrong. Individuals who made the right decision not driving home immediately after drinking frequently make the wrong decision of grabbing their keys and heading out the door as early as possible the next morning, many without realizing they could still be over the legal limit to drive. More and more, experienced DUI lawyers are representing clients who are pulled over and arrested for DUI the morning after partying or drinking excessively the night before.

Taking a risk-is it worth it?

The reality is that those waking up still feeling the effects of the night before will still drive home when they shouldn't. Either because the potential consequences are not known or the person is willing to take the risk and chance that police will not pull them over on their way home. This is where experienced DUI lawyers can provide useful information regarding the potential penalties faced which may end up sparing someone the pain of going through their first DUI.

While every state is different, many have steep and increasing penalties for DUI based on the driver’s blood alcohol content (BAC) at the time he or she was driving. For example, in Pennsylvania, if arrested for a first time DUI with a BAC of .08-.099%, an individual would be guilty of an ungraded misdemeanor charge, but subject to up to 6 months of probation, a $300 fine, and be required to attend alcohol highway safety school. Now if that same individual had a .10% BAC, the driver would still be guilty of an ungraded misdemeanor, but would now be subject to a 12 month license suspension, 48 hours-6 months in prison, a $500-$5,000 fine, as well as attending alcohol highway safety school.

These are some substantial consequences for simply wanting to get off of someone’s couch to drive home and go back to sleep in your own bed. People typically think that police are not on the “lookout” for DUI offenses at 8:00 a.m. on a Sunday morning, but the fact is that police officers are trained to instinctually look for the “tell-tale” signs of DUI (swerving, drifting into other lanes, etc.) and countless DUI offenders are arrested following simple traffic violations, such as speeding or failing to properly yield.

If nothing else is taken away from this article, understand this: there is no magical way to speed up the process of sobering up. The only way is time. The amount of alcohol in a person’s blood stream depends on two simple things: the amount of alcohol taken in and the rate at which the body gets rid of it. In general, alcohol is removed from the blood at the rate of about one drink per hour, however this varies from person to person based on a number of factors, including an individual’s height and weight, whether they had food in their system, how many drinks they had, how strong the drinks were, and over how long a period they were drinking.

It is a common misconception that since an individual went to sleep after drinking, upon waking up they are magically sober. DUI lawyers can put this situation into perspective through the following example: Imagine a situation where a person is out partying until 3 or 4 in the morning, falls asleep on the couch, and wakes up at 8:00 a.m. If that person had had 8 or 9 drinks, he or she would likely wake up a substantial amount of alcohol still in their system and would still be over the .08% BAC and could be hit for a DUI.

Alex Magid, Esquire is a Pennsylvania DUI Lawyer at The Martin Law Firm, P.C., located in Blue Bell, PA. Attorney Magid provides legal representation in the areas of DUI and criminal defense as well as wills, trusts, and estates. Alex is a graduate of Penn State University, where he earned his degree in Crime, Law & Justice. To read more of Magid’s work, please visit his personal blog at: jbmartinlaw.com.