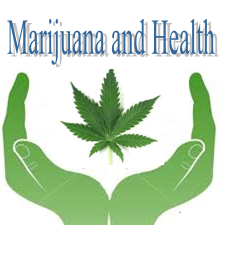 With more and more states pushing for the legalization of marijuana and with some, such as Washington and Colorado, who already legalized the sale of cannabis seeds, more and more health professionals are considering marijuana as a viable treatment option.

Big pharma is pulling all the stops to come up with the next great cure. But what are the benefits of medical marijuana? In this article, I’m going to enumerate some of them, with some that might surprise you.

One of the most powerful benefits of marijuana is its effect on cancer cells. There are numerous research that have been done on cannabidiol, a composite of marijuana, that show that it was able to turn off a gene that caused the spread of cancer cells. Cells that were treated with cannabidiol were less aggressive and spread a lot less because of the suppressed expression of the id-1 gene. There are many treatments that are currently being developed to take advantage of this extract and the future looks very promising.

Another benefit that has been associated with marijuana is with pain and people with suppressed appetites. Marijuana is being increasingly prescribed as a painkiller and for people who have to deal with chemotherapy. It has been said to increase the appetite of chemotherapy patients and helping them cope with the discomfort of their treatment.

Other medicinal benefits of marijuana include reduction of seizures, anxiety, sleep disorders, prevention of Alzheimer and the treatment of glaucoma. Marijuana is said to reduce the pressure in patients eyeballs which reduces the risk of developing the disease.

When it comes to epileptic seizures, marijuana has been said to reduce the cases of seizures in rats for up to one hour, according to a study by Virginia Commonwealth university. The rats in the study were given natural extracts and synthetic versions of the drug.

The reason why seizures were reduced is because the active ingredient in marijuana, THC, binds itself to the brain receptors responsible for excitability and promotes relaxation, leading to a reduction of seizures.

Another notable use for marijuana is in the treatment for multiple sclerosis. People who have to deal with this disease are often hit with severe muscle spasms. A moderate dose of marijuana was given to multiple sclerosis sufferers and they reported an immediate improvement in spams. What’s even greater is that many patients do not benefit from regular treatments, so this might be a great breakthrough in the treatment of the illness.

With increasingly more research being done on the health benefits of marijuana, there is no telling where science will go. Pharmaceutical companies are all scrambling to come up with the next great treatment that will take all the advantages of marijuana without its side effect. We can look forward to a future where many treatments will contain marijuana in one form of the other.

Only in a few years will we be able to see the full potential the plant has to offer.

If you or someone you know could benefit from the effects of marijuana you can order cannabis seeds from leading seed banks.