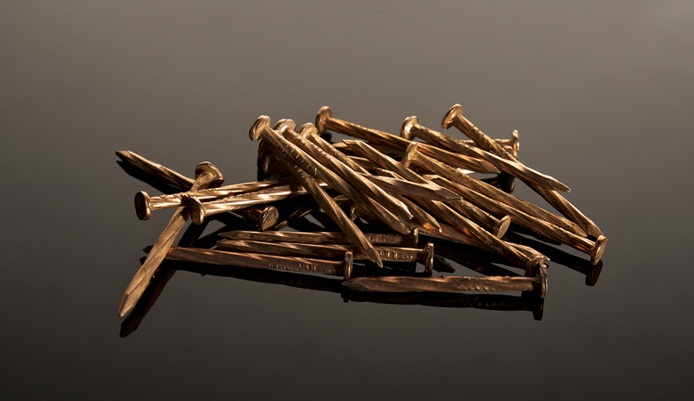 A lot of people don't know that copper nails are actually playing a very important role in the development of warfare. One of the main issues the U.S. Military faced during the Vietnam War in particular was that they couldn't stop the supply chain of munition and more to the Vietcong. Because of the thick brush and huge forests, aircrafts were unable to see the enemy, and this meant the Vietcong was able to move around as they please. A novel approach was deployed, however, which was to defoliate the forest.

Most of us have heard of â€˜Agent Orange' and know of the terrible health effects it had on soldiers on both sides. While the idea of defoliating was a good one, therefore, the method really was poor.

In reality, however, we know that there is going to be a time when wars will be waged under forest canopies once again. And we also know that in today's world, humans would be in uproar if rain forest would be taken down and trees would be killed for war. The global community would absolutely not accept this from happening. Yet, we must also be realistic about the fact that forests can get in the way, and that way must be cleared if a war is to be one. And this is where copper nails come in.

Today, micro air vehicles (MAVs) are being used to fly in between the bushes and trees, following roads and trails hidden by the canopy above. These MAVs are fitted with nail guns that work using air canisters, similarly to construction-based nail guns. The difference is, however, that these are fitted with copper nails. When a copper nail hammers into a tree, the tree will very rapidly die. This cannot be done indiscriminately, as we must protect the environment, but because MAVs can be fitted with cameras, certain trees can be chosen to shoot nails into them. In so doing, they create more visibility and actually encourage further plant growth by removing dead, dying or diseased trees from the forest.

Veterans of the Vietnam War would probably have loved an MAV fitted with a copper nail gun. This would have prevented many diseases and the destruction of nature as a whole. Some question why something similar wasn't actually used during that war, since it has long been known that copper can kill trees in that manner. While the soldiers of the Vietnam War did not have the luxury of MAVs, they could have easily brought LLRPs with nail guns, or soldiers could have even carried small hammers and copper nails with them.

Clearly, the present has much to learn from history. While it is undeniable that foliage has to be cut sometimes in order for warfare to be conducted, there is no need to do that with chemical agents that destroy the lives of innocent human beings and cause untold, long lasting and sometimes irreparable damage to the planet.