Owners and managers of successful stores and retail outlets understand that music has a major, though largely unconscious, influence on shoppers.Beginning with an article published in Journal of Retailing in 1973 by Philip Kotler, psychologists have studied how shoppers behave while hearing music, and have proven that music affects their emotional states, their perception of how much time they spend shopping, the likelihood they buy something and their overall satisfaction. 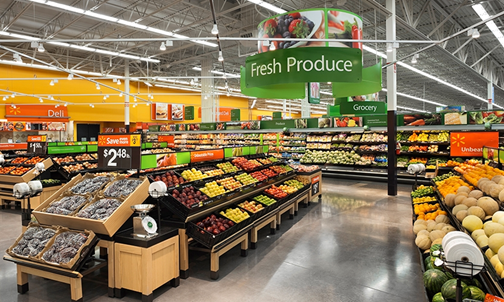 All environmental factors affect shopper behavior - and music is one of the most important because it has the most immediate access to the subconscious.Music is not just music. It can vary in a lot of ways, such as tempo, volume, and pitch, and each way changes the way that shoppers respond. Musical genre is an important consideration for this reason: people react differently to unfamiliar music than to music that is familiar to them, so consider your audience.

Music genres and styles can attract or repel customers. Classical music is more appropriate for an upscale mall than hip hop, but hip hopattracts young people to a store selling urban street fashions, while country and western does the same for western gear.And slow music played in a supermarket makes shoppers move more slowly than when fast music is played - even slower than when there was no music. And moving slower means they spend more money. That's why you need to hire an experienced AV company, like LineTech Audio Visual in the Greater Toronto Area, to set up your audio systems to ensure they're producing the best result - it's too important to trust to just anyone.

In one study, customers to a wine store bought more expensive brands when exposed to classical music than when Top 40 songs were played in the background. Interestingly, shoppers buying during the Top 40 music bought just as many bottles of wine, but they bought cheaper bottles, so the classical music was certainly more profitable for the store. In another wine store experiment, playing French music made customers buy more French wines. Playing German music made them buy more German wines. As anyone who has had their audio systems tuned by an expert AV firm like LineTech, the effect of music on your customers is subtle, but definitely there, so it's worth getting right!

Music volume also has an important affect. In general, shoppers spend less time in stores when the music is played at high volume. However, this behavior was far more prominent in older people than younger. It’s not known whether this related to the difference in age or cultural norms.Playing music that customers don’t enjoy causes them frustration, so they are probably less likely to return because they associate negative feelings with that store, whereas playing music customers enjoy achieves the opposite result. They feel more positive while shopping, and are therefore more likely to return. Also, they tolerate longer wait times with more patience.

Given that many people are sensitive to sounds, anything wrong with the music may also irritate and annoy them. This could include poor placement of speakers, poor sound system quality, fuzziness and so on. That's just another reason for your set-up to be as well-tuned as you can possibly manage, so contact a company like LineTech AV to test and optimize them for you. If you're looking to increase your customer satisfaction - and your bottom line - you have to make sure that you've got every aspect of your consumer experience covered.