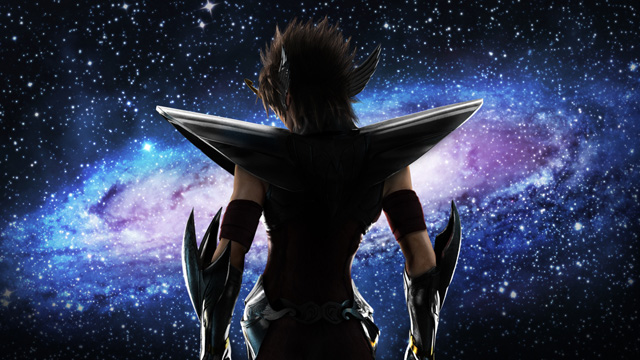 As a movie buff from the dark ages, it seems clear to me every year: Movies are now going into the next frontier - almost beyond the reach of our imaginations.

It was Star Trek that declared the spaceship the Enterprise was headed "where no man has gone before." It was Star Wars that said said we were headed for a place "long ago in a galaxy ar, far away." and both introductions set the tone for where movies seem to be headed. And in almost every film I see, I give a slight moment of thanks to computer imagery. After all, computers helped bring us the dinosaurs in the Jurassic Park series and the space ships in almost every modern science fiction movie since.

The blend between computer graphics and real filming for special effect (what they call puppetry or practical effects to differentiate from computer effects) has been tested in film after film, from Anchors Aweigh in 1945 in which Gene Kelly danced with Jerry the Mouse, to the 2014 box office smash Guardians of the Galaxy in which imaginations runneth amok and the imagery stays right with it.

Put another way, you can’t get to Tomorrowland (staring George Clooney and due out May 22) without computer imagery, just as the stunning new trailers indicate.

Oh, yes, it is commonplace for animals to talk, planets to blow up, spaceships to fly, and every manner of prehistoric outlaw to time travel and begin feasting on modern man. Time travel, for all that is commonplace. But it is also optional. Just ask Paul from the 2011 movie Paul, created by a combination of computer animation and puppetry, who demonstrates time travel in one of the movie’s gags, which shows the alien skipping back and forth in front of a sign designating Pacific Standard and Mountain Daylight time zones.

That would be an example of a digital image using a practical effect as a practical joke.

In a manner of speaking, even film editing is a special effect. Look at modern movie trailers and see how many difference scenes are spliced together to create the montage meant to advertise a movie. This requires split second timing, because even for a gag to work in a trailer, timing is critical. (This is clearly evident when you see a trailer that strikes you as a must-see comedy, only to find out without the fancy splicing, the film isn’t so funny, after all.)

The high water mark: The Lord of the Rings trilogy, followed by the three Hobbit films. That se the bar at the highest level, provoking a raft of imitators, none of whom have quite topped the overall majesty and magnificence of the J.R.R. Tolkein fantasy come to life.

What do you see in that list of movies? Four might be categorized as science fiction, three as fantasy and two as animation - all of them heavily dependent on special effects.

Compare that to 10 years earlier or make that 20. Top grossing films of 2004: Shrek 2, Spider-Man 2, The Passion of Christ, Meet the Fockers, The Incredibles, Harry Potter and the Prisoner of Azkaban, The Day After Tomorrow, The Bourne Supremacy, National Treasure and The Polar Express. That would be just six dependent on computer imagery. And in 1994, of the top 10, only one was animation - The Lion King - and none, even that one, relied on computer graphics, which were in use, but had not yet come of age.

Is this a problem - yes or no? Let’s just say that ever since The Wizard of Oz as released in 1939, it has been fair game to just make a movie that is a sheer flight of fancy. Yes, the movie was laden with a simple, if manipulative message, that there was "no place like home," but no one could misunderstand the grandiosity came from the sheer unbridled imagination that produced such memorable scenes as the flying monkeys or the huge head of the Wizard of Oz floating in space, ensconced in flames.

To be honest, however, it was Star Wars that did it for me. I saw the original film in theaters the year it was released and it struck me as ridiculous, silly, trite and moronic and also one of the greatest feats of movie making ever. Why? Well, why not? It was a hoot, a romp and an escape and, coincidentally, it was also laden with a heavy-handed message that didn’t really matter that much. For Star Wars, that message was "stay true to your friends" - not all that much an improvement, if any, from The Wizard of Oz.

Consider, however, one interesting point: Has story telling shifted? Are we telling the same storied, but dressing them up with computer imagery. Has our imaginations crashed or are they flourishing?

I cite Guardians of the Galaxy as my case in point. Stories are not quite as wild or imaginative as that, and yet, the story revolves around a man whose only memory of his mother is through a corny set of music on a cassette tape that means as much to him as anything else in the world. So, we’re still clinging to home, no matter how far, far away or how improbable the journey.