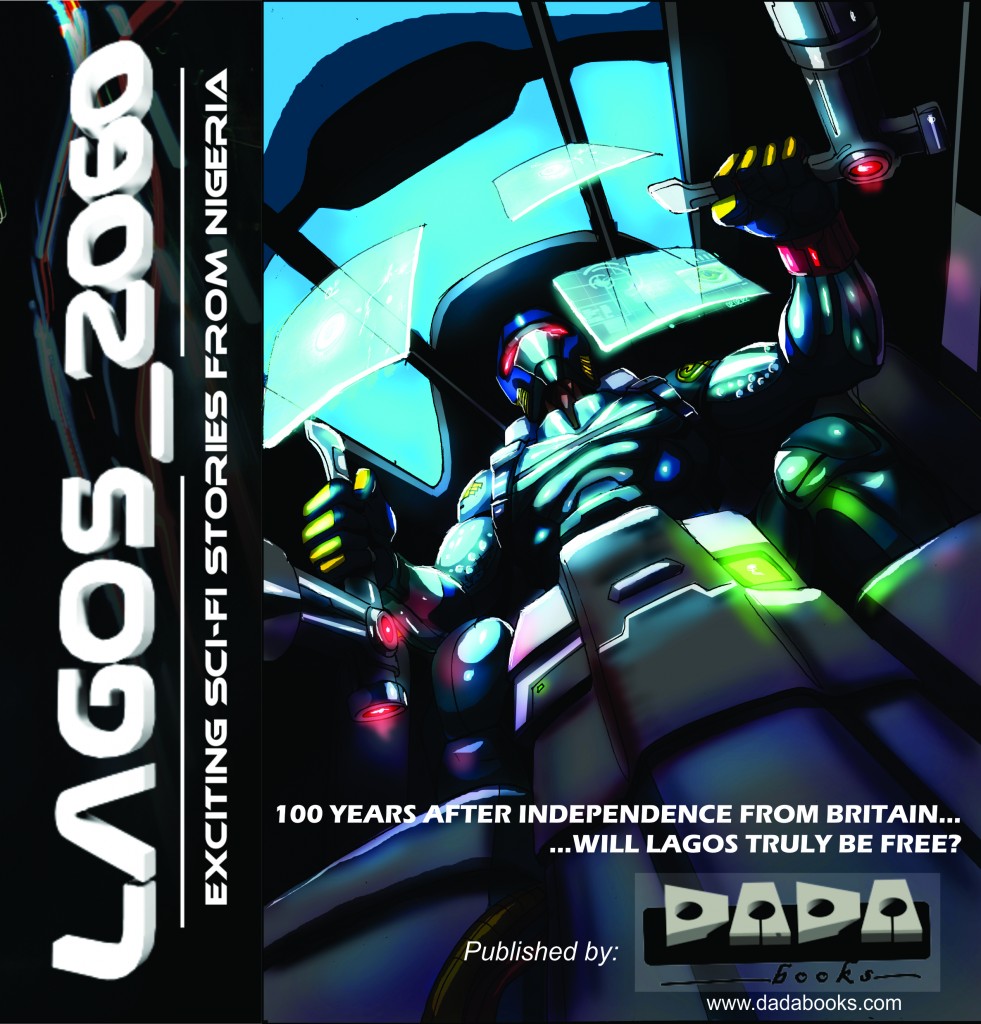 Lagos 2060 is a sci-fi collection that looks at the Nigerian city of Lagos exactly a century after Nigeria became an independent country. Inspired by DADA books, via a creative writing workshop in Lagos, Ayodele Arigbabu, DADA’s Foundation Director, said that the 2013 collection wasn’t just a case of “aesthetic indulgence”, but more about highlighting changes that the future should bring.

There is a belief, notably emphasised by Tony Dunne and Fiona Raby’s book Speculate Everything, that by speculating more we will free up our thinking enough to make what seems unlikely now a reality in the future. Elon Musk, the African-born inventor, is just one example of how an individual with a positive future vision can turn that vision into a reality.

Regarding Afrofuturism, the AMPION Venture Bus Africa travels all over Africa to utilise wannabe entrepreneurs. The bus itself is used as a base for the entrepreneurs to collaborate with experts involved in international startups and early stage investment. Collaboration is seen as a major aspect of Afrofuturism, and the AMPION initiative was, in 2014, responsible for 30 new ventures in 15 countries in Africa. The ventures concerned were also diverse, ranging from agriculture to healthcare.

Gaston Berger could be said to be the father of Afrofuturism. Way back in 1957, Berger launched the academic publication, Prospectiv. Openly describing himself as a futurist, Berger didn’t want to rely on fate to dictate how the future would play out, but he rather wanted to seize the initiative by provoking change.

Subsequent generations have been influenced by Berger’s philosophy. His influence can be seen in a wide range of different areas of society. Whether it’s attempts at making radical changes to a transport system or a healthcare system, Afrofuturism is already making a significant impact. Technology such as 3D printing has also been embraced, with consultants nudging interested companies towards the future right now.

Five hotspots in Africa have been highlighted by African investor, businessman and philanthropist Dr. Alvaro Sobrinho here - Tanzania, Angola, Mauritius, Botswana and Namibia. Dr. Sobrinho is also a big believer in everyone benefiting from technological advances in Africa, as he outlines in this piece on the Huffington Post website. Though he expounds here on his concerns about Africa being left behind technologically, Dr. Sobrinho is positive about the scientific renaissance the continent is enjoying. Dr. Sobrinho, who is Chairman of the Planet Earth Institute, is campaigning for Africa’s scientific independence-which he talks about in this interview here.

Currently, things are certainly changing in the arts when it comes to Afrofuturism. No longer so longer reliant on the input of American artists, African artists are finding their voice. This could, as a consequence, stretch to other areas and lead, for instance, to more technological innovation on the continent.

Garima Mehta is author at LeraBlog. The author's views are entirely their own and may not reflect the views and opinions of LeraBlog staff.