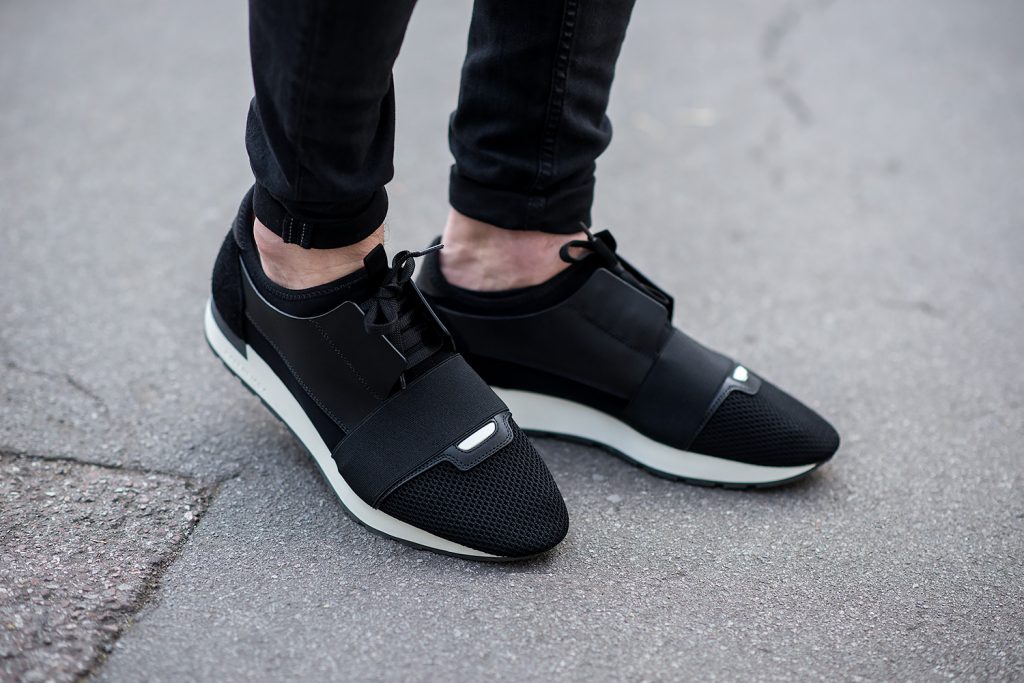 Balenciaga is once again the Parisian brand to watch, thanks to Demna Gasvalia and his clever juxtapositions of haute couture and streetwear. But while watching his high fashion windbreakers whizz down the runway, not much thought is given to the designer who gave his name to the house. Throwback 100 years ago, when Cristobal Balenciaga launched Balenciaga.

From Spain to France

Cristóbal Balenciaga Eizaguirre was born in the Basque Country, Northern Spain, in 1895, the son of a dressmaker. Balenciaga’s work drew the attention of local nobility, and by 1917, when he was just 22, he’d opened his first haute couture atelier. This marked the start of his expansion, first to San Sebastián, then Madrid, and then finally to Paris in 1937. This is where the Balenciaga we know began – he’d already been working as a couturier for twenty years, and his work had an immediate impact upon both clients and press. Balenciaga’s early creations were noted both for their simplicity and use of bright colours, as well as their lavish embroidery. It wasn’t until the 50s and 60s that what we now consider his signature style developed.

From Cristobal to Demna

50 years later, in 2015, Demna Gvasalia has been announced as the new head of design for the almost 100 years old French brand. This guy from the wild Est with hoodie and doc martens is currently revolutionizing Balenciaga. Gvasalia’s designs are both decidedly luxe and deeply rooted in his appreciation for what’s happening on the street. Think re-issued Cristóbal gowns alongside Helly Hansen style parkas, ostentatious costume jewelry and swing coats that mimic styles from the 50s. It seems to be combining both radical cool with the refined sensibility of the house, winning him a CFDA award.

Demna is introduced as the coolest guy in the fashion industry. And if it was clearly true…

For the show presenting the fall collection, it was the first time women and men walked together in a unified show, and for Gvasalia, it represented a conceptual and personal leap forward. Instead of merely imitating the heritage looks of Cristóbal Balenciaga, he’d dedicated R&D time to working on a high-tech computer-enabled process for molding tailoring for women and men alike. Bodies had been 3-D scanned, the “fittings” were done in a computer file, and then molds were printed out. Traditional fabrics—tweeds, wool, velvet—were then bonded to a lightweight foam. Balenciaga is definitely on his way to high-tech. The show was people walking in their identically shaped razor-sharp, sleek, basque-waisted jackets and coats, looking almost like a cast of post-humans in some futuristic Bond-movie ski scene. Obviously, the future of fashion is ready for transformation and change.

Progressive ideas are much needed in fashion today, on all kinds of levels. Gvasalia’s mission to recode Balenciaga tailoring in the cyber age might not be a future solution—it still involves the use of synthetics, and you could argue that it negates the skills of the human hand. Nevertheless, the thinking behind this collection marks Gvasalia as a designer who wants to be an agent of change in the fashion industry, and who goes for a social change, too.

Demna wants to change the world and the fashion industry

The show presenting the fall collection included World Food Program–branded merchandise that will be sold to benefit the United Nations charity which acts to relieve food poverty. A simultaneous donation of $250,000 was made by Balenciaga to the fund. Demna explained that the fashion brand makes a lot of money by selling fashion items. But to him, he clearly has a responsibility as a fashion designer to do something ethic in addition to his fashion position, more aesthetic for sure.

On the other hand, it is refreshing to see how fashion industry who had to struggle with anorexia issues is involved now in supporting world food program. Indeed, time flies and everything is changing. In the best way, we hope.