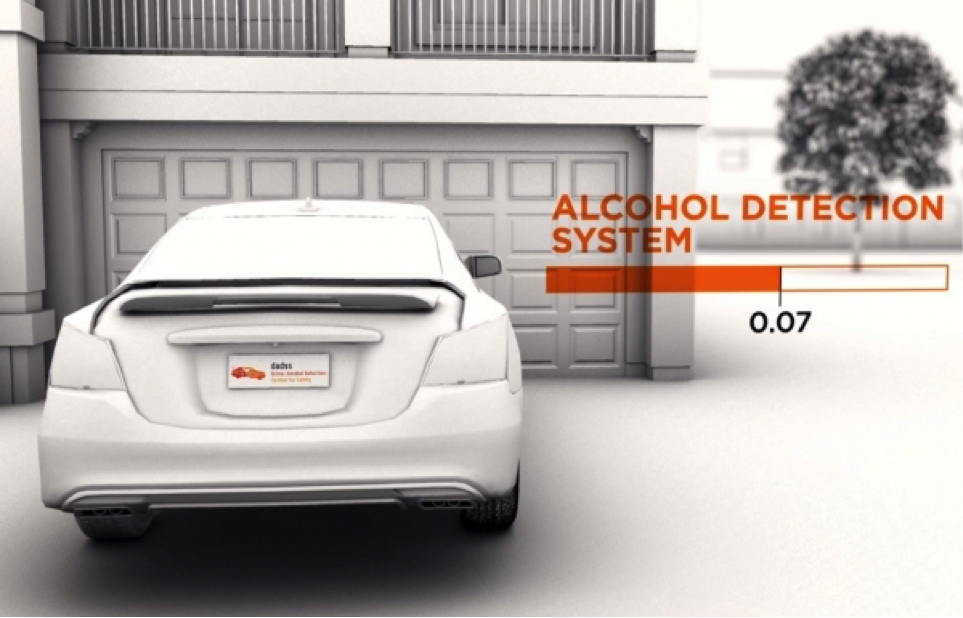 According to the FBI report, “Crime in the United States, 2013“ approximately 300,000 people drive drunk every day, but less than 4,000 are actually arrested. In any case, drunk driving is serious and results in a significant number of accident-related injuries and even death. However, the National Highway Traffic Safety Administration (NHTSA) has a new technology under development designed to make drunk driving obsolete. Continue reading to learn more about how they plan to create drunk driver-proof vehicles.

What Is the Driver Alcohol Detection System for Safety?

Since 2008, the NHTSA has been coordinating with the largest vehicle manufacturers to create the Driver Alcohol Detection System for Safety (DADSS). This system is very similar to the current ignition interlock devices being used, except DADSS will be installed in every vehicle at the factory. DADSS is designed to detect whether the driver is intoxicated by quickly scanning the driver’s blood alcohol concentration. When the system determines a driver is impaired, the system will prevent the vehicle from starting. Other options being researched for the system are options for parents to set it at a zero-tolerance level for under aged or teenaged drivers. This system is projected to be as common of a safety feature as seat belts, backup cameras, blind spot monitoring systems, and lane departure warning systems.

Already, developers and engineers from some of the largest vehicle manufacturers have designed two different proposed methods for DADSS.

The front runner and most likely solution to be used for this new system involves air sensors. Sensors are strategically placed in various locations in the cabin to collect the driver’s breath. By placing the sensors in specific locations, such as on the steering wheel column, researchers believe the system will be able to effectively separate air from passengers from air from the driver. In either case, as the air passes over a sensor, the system would use infrared technology to instantly analyze the ratio of carbon dioxide in alcohol. If the system detects the driver is over the legal limit, the vehicle will not start.

A second proposed DADSS system will used touch-based technology. Instead of using air, this system would involve sensors being placed in specific locations the driver would be required to touch, such as the door handle, shifter, or start button. When the driver touches the senor, a beam of light instantly performs a spectroscopy of the tissue. During the spectroscopy, the blood found just beneath the skin is analyzed to determine if the driver’s BAC is over the legal limit. This process could be completed in a matter of seconds.

At the moment, the DADSS project is still in research. To fund this research, the NHTSA and other partners within the industry are splitting the gargantuan $10 million in development cost. While the DADSS system has several inherent benefits, there are those who are completely against the project, such as the American Beverage Institute (ABI). The ABI is a restaurant trade association that represents more than 8,000 of the nation’s most popular restaurants. One of the biggest concerns of the ABI is the system may not be set at .08. For instance, if a driver starts the vehicle at .08, it takes the body time to metabolize alcohol, which can cause a driver’s BAC to increase while they are driving. As a result of the liability issues, the former program manager of DADSS, Susan Ferguson, conceded the device should be set with a safety margin. In either case, the ABI fears thousands of sober drivers could be stranded because of this system on a regular basis. However, the NHTSA is moving forward with the development of DADSS, which means it could be in your vehicle within the next five years.

While the DADSS may be one way to reduce drunk driving, the best solution is driver education through defensive driving courses or traffic school. In many cases, those with a DUI or a traffic infraction may be ordered to take one of these courses. Completion of a traffic school, a.k.a. defensive driving course, could either reduce, remove, or avoid having points added to your driving license. If you take the course voluntarily, your insurance provider may even award you with a safe driver discount, which will save you money on your insurance.