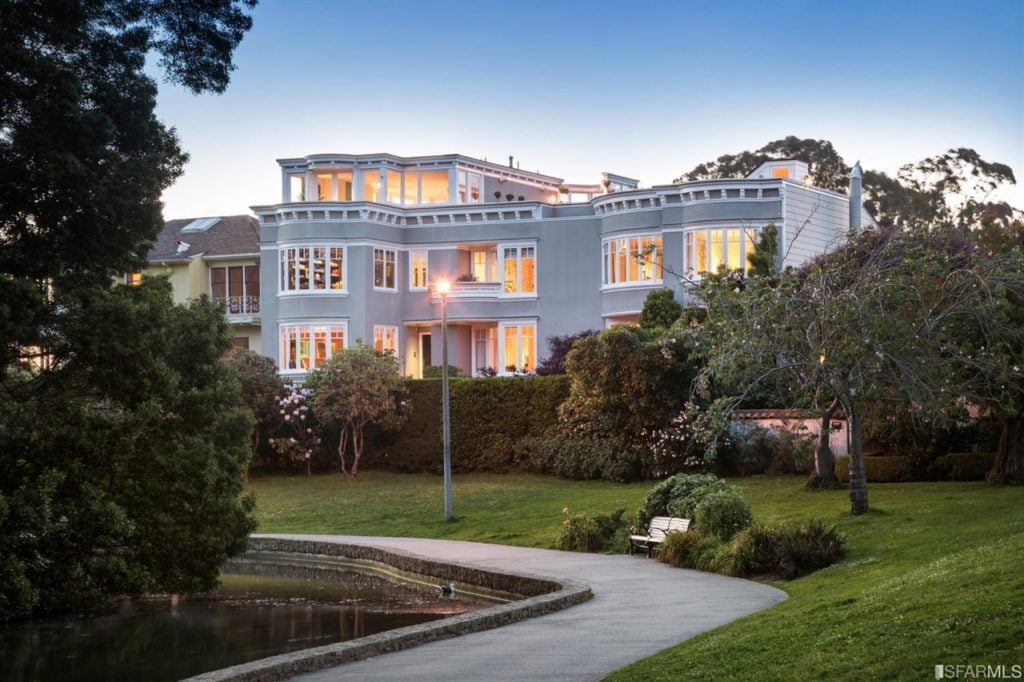 When celebrities and those well-to-do hit the riches, planning and purchasing a dream home is both a status symbol and an investment. From coveted beachfront to pristine mountain tops, an exclusive location only sweetens the offering.

This is what the following eight celebrities decided to do by buying homes in the San Francisco Bay Area. From Mark Zuckerberg’s extravagant mansion to Stephen Curry’s jaw-dropping home, here are eight luxurious houses that truly depict the world that the rich and famous live in.

If you yourself are relocating to the Bay Area, be sure to also check out Blueground’s equally impressive fully furnished apartments in San Francisco. You won’t need a celebrity-endorsed interior designer to have a city center pad with tailored furnishings and premium building amenities. Whether you’re relocating for a couple of months, or looking for temporary (yet stylish) housing while you shop for your dream mansion, they have a home for you.

As one of the world’s biggest rockstars, it comes as no surprise that Kirk Hammett lives large and is no apologetic for it. His extravagant 5,200-square foot mansion which is located in the lavish Sea Cliff area boasts breathtaking views of China Beach. Inside, there are four bedrooms, five bathrooms, a formal dining room, and a remodeled kitchen to name a few. Kirk recently listed the house at $16 million, a sizable profit from the $8 million he paid for it in 2010.

Stephen Curry has dropped quite some money on houses in the past but none has been as expensive as his latest buy in San Francisco. At $31 million, this extravagant three-story house is one of the costliest real estates to have changed hands in the Bay Area this year.

Curry’s home sits on a 1.2-acre and comes with a separate guest house, a three-car garage and ample parking space, an oversized swimming pool, and a poolside cabana.

Being the CEO of one of the world’s most profitable brands comes with its perks. For example, you can afford to buy multiple real estate properties wherever you wish all over the country. One of the many known Mark Zuckerberg’s homes is The Dolores Heights home located in San Francisco. According to reports, he paid an ‘overpriced’ $10 million for the 5,542-square foot home in 2013 and immediately began renovation and expansion work worth a reported $1.6 million. Very few details are known of this property but it is thought to have a media room, wine room, a home office, and a wet bar to name a few amenities.

When you think of the best sellers in the romance books sphere, you cannot afford to forget Danielle Steel who has sold over 800 million copies of her books in the course of her long career. To show for her hard work and the fortunes that come with so many book sales, she purchased a 55-room mansion in San Francisco. The vintage house which is over a century old comes with an antique-rich library as well as a formal ballroom. However, perhaps what is best known about it is its characteristic 30-foot-high shrub hedge which attracted a lot of media attention a few years ago.

While she recently sold the expansive house that she owned for over 30 years, the mansion is worth a mention in this list of best celebrity homes in San Francisco Bay. In the listing, it was described as an 1890 Victorian-style home that sits on a third of an acre and with raised ceilings. The two-story house features three bedrooms, an eat-in kitchen, a library, and a five-car detached garage.

Known for her key roles in films like Batman Returns, Hairspray, and The Fabulous Baker Boys, Michelle Pfeiffer is a Hollywood icon and a native of California. In 2004, she and her husband, David E. Kelly, reportedly spent $12 million on an expansive four-bedroom and five-bathroom home in San Francisco. The mansion featured top of the line amenities like a billiards pool, a gym, a gated swimming pool and spa, and a library with a TV to name a few. The couple recently sold it for a whopping $29.5 million making a substantial profit from the sale.

Robin William’s sudden death in 2014 sent shockwaves across the world of entertainment where he was adored for his talent as a comedian and actor. However, perhaps the people who were most affected by this loss were his fellow residents in San Francisco which had been his longtime home. Among the legacies he left behind here was his 650-acre Napa Valley ranch estate as well as 6,500-square foot Tiburon home that has amazing views of the San Francisco Bay. Details of the current ownership of these and many other real estates that Williams owned remain scanty.

Having mentioned Robin Williams and his estates, we couldn’t afford to leave out this popular San Francisco home given that it pretty much symbolized the glorious career of this fallen fan favorite. It is at this Pacific Heights home that Mrs. Doubtfire, William’s hugely popular family classic was shot in 1993. After his passing, friends and fans could be seen visiting the over a century old four-bedroom house to pay their tributes and lay flowers. Indeed, the home is still treated by many of Williams’ fans as a shrine of sorts who remember him for his wicked humor and humble nature.

Do you know of any other celebrity who lives in SF? We’d love to hear your feedback.