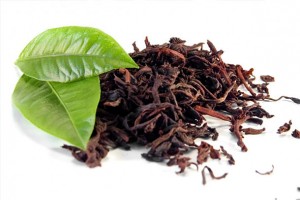 Any aficionado of wine or tea can easily extol the merits of tannins â€” those fabulous bits of plant tissue whose bitterness accounts for so much of the complexity in some of the world’s finest and most-sought-after beverages. Get beyond the flavor factor, however, and you may be left with an aficionado who has run out of tannin-related talk, which is too bad. Tannins are fascinating in a way that’s rarely appreciated to its fullness. Commit, then, to impressing your friends at the next dinner party. Here are seven fun facts about tannins that aren’t as commonly known as they could be.

Tannins exist in such a wide variety of plants that they can be found just about everywhere on the planet. The role they play varies, but, in general, they help plants regulate growth, act as a natural pesticide, assist in the timing and ripening of fruit and also protect from predation. In a word: They’re essential. While it is true that they’re responsible in large part for the balanced astringency in an excellent Bordeaux or cup of hyssop tea, without tannins, it wouldn’t just be our beverages that would be different; life, as we know it, would be as well.

Tannins have long been used to tan leather and animal hides. After all, it’s where the word “tan” comes from. Not only do tannins deepen in color when they hit the light, which can improve the look of a particular piece of leather, but they also literally transform something that would otherwise decompose into something that won’t. When tannins make contact with the proteins in an animal hide, they transform those proteins, making what was once soluble insoluble. They have been substances of tremendous practicality for this purpose over the course of human history.

Ever wonder why adding milk to tea is such a popular choice? It turns out the pleasant taste is just part of the story. When milk is added to a drink that has tannins in it, the tannins bind to the milk proteins instead of the proteins in the liver and kidneys. Tea without milk can “tan” you, so to speak, on the inside. Some people experience that tanning as indigestion or discomfort. If you’ve ever wished a cup of black tea was gentler on your digestive system, try adding a bit of milk to it.

Tannins have also been used historically as first aid treatments around the world. From poison oak to bee and wasp stings, applying some plant matter that’s high in tannins to the injured skin helps pull irritants and poison out of it. Just grab a strip of bark off the nearest tree, chew it up, and place it on the affected area. You can also place tannins on burns to aid in healing, and they can slow bleeding when used on cuts.

One of the most common forms of ink used throughout the world from the 5th century well into the 20th was known as iron gall ink or common ink. A dark ink concocted from iron salts and vegetable tannic acids, for centuries it was the standard drawing and writing ink used in Europe, and while we have little use for it today, it can still be found.

The protection tannins offer plant life is one of their most profound uses, and each plant that benefits from their presence benefits differently. In trees, the tannins in the bark keeps infection of infestation from fungus or bacteria from happening by neutralizing enzymes and proteins, effectively keeping these organisms from being able to take hold. In woody plants, the tannins in bud scales keep the tender inner leaf from being eaten by insects or animals, because the tannins make them too bitter for pleasant consumption. This protection buys the plant time, so it can put out its leaves.

The cottonwood tree is one that beavers commonly use in dam construction, but a genetic variability can produce higher-than-average tannins in some of the trees, and beavers â€” who find the higher tanning level unpleasant to chew â€” will avoid them. When scientists intentionally bred cottonwood trees to have more tannins, they found they could change an entire ecosystem based just on what beavers preferred to put in their mouths.

While it’s probably an overstatement to claim that tannins make the world go ’round, as these seven facts about them show, they are nevertheless an enduring and fascinating part of how life works and has worked â€” for plants and for people â€” around the globe for thousands of years.