Marwan Kheireddine is a businessman who has left an undeniable impact on his homeland, Lebanon. Not only did he introduce credit cards to the country, but he worked with British billionaire Richard Branson to bring Virgin Megastores there, creating jobs and boosting the private sector. Kheireddine is currently chairman of AM Bank and says he’s hopeful that five to 10 years from now, Lebanon will be experiencing better days. He also served as the Lebanese minister of state from July 2011 to February 2014. He is a driving force behind supporting fellow entrepreneurs in Lebanon and a founding member of the Young Arab Leaders. 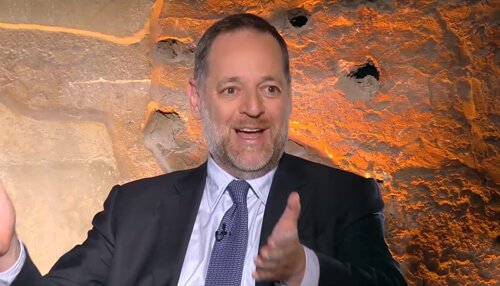 Here are five fascinating facts about the Lebanese businessman.

Kheireddine says he doesn’t find it appropriate to offer business advice, because it can put a person in a position of financial responsibility. He admits that more than two decades ago, he used to give his input, but he eventually discovered it’s better not to. “I found over the years that the best way to help someone is to explore options with whoever is asking you for advice to try and shed light on something maybe they weren’t seeing,” Marwan Kheireddine says. At that point, he believes it’s crucial to let them make their own decisions. While many people continue to consult him for wisdom, Marwan Kheireddine says he prefers to encourage people to explore their options and make their own decisions.

Marwan Kheireddine has access to some of the finest business apparel on the planet, but he says he prefers a casual look and can often be found sporting jeans and a T-shirt rather than more formal attire. In keeping with the vibe of his approachable look, he says he has an open-door policy at this office. “Anyone can come in, from the lowest level analyst to the highest C-suite executive,” Marwan Kheireddine says.

Marwan Kheireddine was a Boy Scout from the age of 5 until 17 and says camping and building fires were just a few of the life skills he acquired, in addition to learning how to work with a team. He still spends as much time as he can walking around his farm in the Lebanese mountains, inspecting the olive trees. The nature-loving businessman also helped bring Nubian ibexes back to Lebanon after the animals disappeared from the region in 1918. He located a breeder in Texas, bought 40 ibexes from that farm, and had them flown via Qatar Airways to Lebanon. He says there are plans to release the creatures back into the wild sometime next year. “​​We believe in the coming 10 years, we would’ve restored the wildlife to the pre-Ottoman Empire siege of Mount Lebanon era,” Marwan Kheireddine says. “You will go to the mountains and you’ll see [these] wild animals in their natural habitat there.”

Education has always been of paramount importance to the executive, who earned a bachelor’s degree in business administration and economics from Richmond, The American International University in London, and an MBA from Columbia Business School in New York.

Marwan Kheireddine says he’s always seen the massive potential in Lebanon’s youth and found the experience of teaching more than 1,200 students over the years at the American University of Beirut to be one of the most cherished experiences of his life. Teaching in front of hundreds of students also helped the Lebanese business leader improve his public speaking skills, which have served him well in his appearances on numerous Lebanese talk shows and TV segments over the years to offer his financial expertise. “You have no idea how satisfying it is to see that you’ve influenced someone positively,” he says, looking back on his teaching career. He adds he’ll consider returning to the classroom when he retires. “I’m sure I’ll go back to teaching because I loved it,” he confides. “I loved the interaction with the students.”

He says he’s run into his former students and always enjoys the interactions because they often remind him of the positive influence he had on their lives. Teaching more than 10 courses on everything from commercial banking to financial analysis, he says he’s hired some of his students over the years to work at AM Bank. “I was able to offer them a job,” he says. “And they’ve been working with me, for 10 to 17 years. And they’re amazing.”

As an accomplished business leader with a hectic schedule that can include Zoom meetings, in-person meetings, and travel plans, Marwan Kheireddine says staying organized is essential for his daily schedule. One of his favorite books that he’s read and likes to recommend to others is The 7 Habits of Highly Effective People by Stephen Covey. The book encourages people to be proactive, prioritize tasks, begin things with the end in mind, and think positively. “Your life is a product of your values, not your feelings,” Covey said in a YouTube video. “Being proactive is the foundation of every other habit. Make and keep promises and treat others with kindness.”

The 7 Habits of Highly Effective People also espouses the power of synergy. “When people begin to interact together genuinely and they’re open to each other’s influence, they begin to get new insight. It creates the possibility of third alternatives,” Covey said in a YouTube video. “Synergy means you can produce something neither of you could’ve produced before. Always value differences. It is something you celebrate. The strength lies in differences not in similarities.”

Marwan Kheireddine says he read the popular business book 20 years ago and got so much out of it, that he also took a one-day course. “It helped me organize my thoughts and I still use habits that I picked up from that book and from the course,” he says. “I would really recommend it.”

While these five facts may be news, Marwan Kheireddine isn’t trying to keep them under wraps. He’s frequently stated that his business strategy revolves around transparency. “So, if you’re working hard and you are being transparent, the market ultimately will determine that you are a good institution. And if you’re offering products that are transparent, ultimately, the market will realize that your products are superior.”