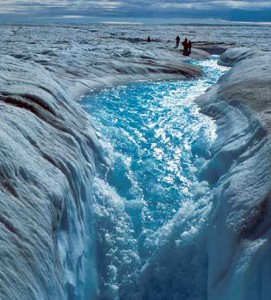 The coldest winter for a century is heading our way warn climate specialists, while scientists voice new fears for Canadian polar bears under threat from global warming. But are winter freezes and the slow thawing of the Arctic ice cap a result of global warming, or is the Greenhouse Effect a myth?

Wherever you stand on the Global Warming debate, the cost of staying warm and safe through the grip of “Arctic” weather is unavoidable, causing householders to worry about the size of winter heating bills.

Why is it so cold?

The theory about Global Warming and our exposure to longer, colder, winter weather appears to be at odds. Some parties even argue that dipping temperatures show that the planet is heading into a “global cooling” phase.

Sea ice is growing, not melting

Theories include: Arctic sea ice losses in the North are being counteracted by the growth of Antarctic sea ice in the South; our sea levels are not rising; ice-melt is completely natural.

Busted: Scientists claim that graphs were doctored to cover up sea level rises; NASA research shows the Arctic sea has lost enough ice to cover Alaska, California and Texas since the 60s.

Claire Parkinson, climate change senior scientist at NASA Goddard: “Sea ice was one of the least understood variables in the Earth system. Thanks to satellites, now sea ice is one of the best studied components of the planet.”

Busted: The 1960s figures are undocumented, polar bears are in danger of extinction. The polar bear population near Alaska has declined by 40 per cent in a decade, reports The Guardian, which quotes Dr Steven Amstrup, chief scientist at Polar Bears International.

Amstrup was “pained” to see the decline in the population and said: “In 2007, my colleagues and I predicted we could lose polar bears from the southern Beaufort Sea by the middle of this century if we didn’t get on to a different greenhouse gas emissions path. This report confirms we still are on the wrong path.”

In the summer of 1976 the UK baked in temperatures of 26.7C (80F) for almost a month and, in 1959, it didn’t rain for five months between May and September, so why blame hot days on global warming?

Busted: The argument is illogical, a non sequitur. Simply because warm weather has occurred logic cannot rule out an outgoing pattern of increasingly warmer days, months and years due to the Greenhouse Effect.

Humans don’t have the power

Homo sapiens are too small and too insignificant to change a global climate.

Busted: Humanity is thought to emit 100 times more carbon dioxide than volcanoes, partly by burning fossil fuels-accounting to somewhere in the region of 30 billion tonnes of carbon dioxide per year.