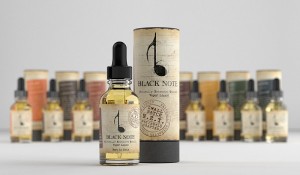 One thing you always hear in the e-cigarette debate is that "we don't know enough" about their safety, their ability to help people quit smoking and other issues. This is all especially true for their long-term effects. However, the things we do know often don't get enough attention. We might be a long way from knowing the precise level of risk associated with vaping, but do know quite a lot, and so far the evidence looks very promising.

1 - They contain much fewer carcinogens than cigarettes

When researchers look at what's in the vapor produced by an e-cigarette, they do find that trace levels of some toxic ingredients are present (like they are in nicotine patches and inhalers), but these are only in much, much smaller amounts than you'll find in cigarette smoke. One study looked at several chemicals and found that their levels in vapor were 9 to 450 times less than in cigarette smoke, but others have suggested over a thousand times less harmful chemicals are present in e-cig vapor.

Several studies have looked at what happens to cells when they're exposed to vapor, and these have all found that the effect from e-cigarette vapor is much smaller than that from smoking. One recent study found similar results for cells that had been exposed to vapor as for those exposed to ordinary air, and others have only found toxic effects related to specific flavors, not the core ingredients (propylene glycol, vegetable glycerin and ordinarily nicotine).

3 - They don't affect your lungs as much as cigarettes

Other studies have looked into what vaping does to your lungs in the short-term. The main effect detected from vaping so far is irritation, and for smokers switching to e-cigarettes, there is evidence of several improvements in health. These aren't caused by e-cigarettes, but result from stopping smoking and taking up a reduced harm alternative.

There have only been a couple of clinical trials conducted on how effective e-cigarettes are for smokers wanting to quit, but the results of these (and other, smaller studies) were used to conducted a systematic review of the evidence, which concluded that e-cigarettes do help smokers quit, and mentioned that the current evidence (which is based on outdated e-cigarettes) may be underestimating their effectiveness. "Real-world" evidence suggests that they're more effective than nicotine patches and gums.

5 - They're mainly used by smokers trying to quit

Smokers who try an e-cigarette aren't just using them as a way to consume nicotine when they can't smoke or avoid smoking bans; most of them are actually trying to quit smoking or cut down on the amount they smoke.

Whether teens or adults, non-smokers don't appear to have much interest in e-cigarettes. Although larger numbers of teens and adult non-smokers have tried an e-cigarette, regular vaping by non-smokers is very rare, and studies often find no evidence of it at all, or too little to form firm conclusions. For example, National Youth Tobacco Survey data shows that just 0.3 percent of non-smokers had used an e-cigarette in the last 30 days, and not all of these are regular users.

Many chemicals are detected in second-hand smoke, but the same isn't true for e-cigarette vapor. Although the vapor does contain small amounts of nicotine, this is 10 times less than in cigarette smoke, and not enough to cause any effect on bystanders. Although small quantities of other chemicals will be given off, any potentially harmful components are often in such low quantities that they can't even be detected, or distinguished from background levels in the air.

Although there are large quantities of nicotine in the liquid itself, the amount in the vapor is quite small, and it doesn't get into the users' blood as effectively as it does from cigarette smoke. Vapers might get the same amount in their blood eventually, but it doesn't provide the "quick hit" as efficiently as smoking.

9 - Newer e-cigarettes are more effective than older ones

Studies looking at how fast vapers get nicotine have found that newer, larger devices are more effective at giving users nicotine than ones that look like cigarettes. As you might expect, although there isn't much evidence on this, some studies suggest that vapers using these devices are more likely to quit smoking.

10 - E-cigarettes are less addictive than cigarettes

Conclusion - A Lot More to Learn, But Good News So Far

We do need to find out a lot more about e-cigarettes and their long-term effects, but it's important not to forget about what we do know. All of the research so far suggests that e-cigarettes are safer than cigarettes, so as long as they're mainly being used by smokers trying to quit smoking - which they are - then they have the potential to help a lot of people. Non-smokers should stay away from cigarettes or e-cigarettes, but for smokers, e-cigarettes represent a much-needed life-line.