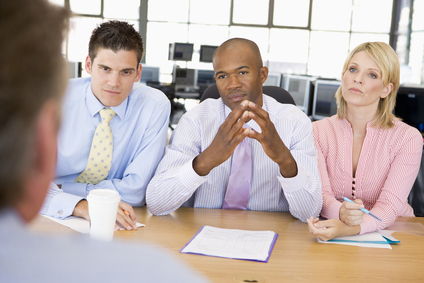 If you haven’t heard of the show, “Shark Tank” is a reality series that follows entrepreneurs, small business owners and people who just have a good idea as they pitch to investors. Similar to “American Idol,” each investor can take part or pass. It only takes one investor to get your idea picked up, but if all of them say no, it’s time to go. The show is based on a Japanese series called “Dragon’s Den,” according to thestar.com. You can learn a lot about what works and what doesn’t by watching the pitches on the show and taking notes, according to NYPost.com.

Beyond simple entertainment, the show also teaches, by example, some important truths about marketing:

A Good Pitch Can’t Always Save a Bad Idea

We like to think of a great salesman as somebody who can sell a drowning man a glass of water. In reality, a great salesman is marked primarily by the fact that they don’t try to sell water to drowning men. In sales and marketing, matching your customer to your product is 99 percent of the job, and when your customer is an investor, a good business plan can’t always save what sounds like a bad idea.

Get a Thick Skin

Solid ideas get turned down on the show all of the time. Being an entrepreneur or an inventor or an artist or a businessperson means failing often, and getting used to it, especially when success relies on someone else’s approval. Develop a thick skin early on in your career.

The best way to sell your product, idea or service is to know your customer and to know what they want. The entrepreneurs on “Shark Tank” don’t know anything about the investors before they walk on set and pitch, so learning how to think on your feet and adjust your pitch on the fly based on intuition is an important skill in live pitch sessions.

Sometimes the ideas that work aren’t the best ones but the most interesting ones. The investors hear several pitches a day, and they often just bleed into one another. Focus on an idea that stands out and you’ll have an easier time of appealing to your market.

Don’t hold onto that One Brilliant Idea for your entire life. When an idea just isn’t landing, pitch something else. You improve your odds when you try multiple pitches; you don’t get very far clinging to a single idea that nobody wants to invest in.

The show reflects the real business world so closely, so it can be very educational for those in marketing in sales. The season five finale will be airing May 17, states TVLine.com. Cable packages that run “Shark Tank” start at $30 a month, according to directtvdeal.com.