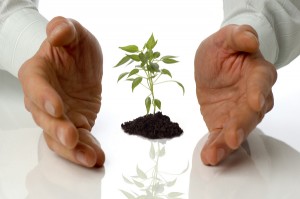 It's an unfortunate truth that businesses today typically have more desirable resources, and as a result are more likely to be targeted by thieves. Luckily, as the risks have increased, so security systems have evolved to match. There are now a range of techniques and tactics that any business owner can utilise in order to keep their premises safe. These are some of the most effective:

#1-Initial risk assessments
To some people, carrying out an initial risk assessment might seem a bit ‘elf’ and safety gone mad’ but it’s actually a very sensible idea. Almost all buildings will have at least one feature that doesn’t lend itself well to security, whether it’s a set of windows with weak locks or a damaged front gate that doesn't close properly. Conducting an initial analysis will allow the new owners to work out what the property's weaknesses are, and to deal with them accordingly.

#2-Use a sign-in book
With security on a lot of modern sites these days being strong, the old â€˜breaking through the window' tactic is almost pointless, especially in larger buildings. As a result, many criminals will choose to take a much more brazen â€˜through-the-front-door' approach, often taking on the guise of a legitimate visitor such as an electrician or a plumber. That’s why it’s important to ensure that every non-employee who enters the premises adds their information to a sign in book. In combination with a CCTV camera on the front desk, this information will mean that anyone responsible for a breach will be visually identifiable. The video footage can then be passed on to the police.

#3-Control access
It is also essential to ensure that when there are no security staff on-site that the building is only accessible to those who have permission to be there. Systems such as turnstiles, road blockers, general security gates and door access keys can all be deployed to ensure that only those with an appropriate passes can gain access to the different areas. If you're using one of these systems then it’s important to issue authorised visitors with a visitor's badge to verify that they're on-site legitimately.

#4-Secure doors and windows
Even with the modern focus on data theft and information protection, it remains common sense to ensure the safety of physical resources. All doors and windows should be shut at the end of the day, and secured using high quality locks. This will prevent anyone attempting a break-in making off with equipment, some of which can be worth thousands. If you're unsure whether your locks meet the necessary standards then consult a security firm, who'll be able to offer the appropriate advice. It can even be worth sending staff on security training or SIA courses to approved training organisations such as WiPlan Training, to help them better understand the industry.

#5-Make use of alarms and CCTV
A modern CCTV system remains an excellent investment. As well as ensuring that all of the entrances and exits to the building can be supervised 24/7 from one room, the cameras will record everything so that evidence can be obtained in the event of a security breach. CCTV footage will also be citable to a firm’s insurance company, which can be invaluable in terms of ending disputes and minimising expensive premiums.

#6-Restrict internal access
It’s an unfortunate fact that on some occasions, those working within the company can also take part in illegal activity. In order to minimise the possibility of this, it’s a good idea to employ door security systems to help restrict employee access to different areas of the building. For instance, a marketing team have no business viewing customer financial information, so should not be allowed access to the computers on which this information is kept. (And vice versa, accountants probably shouldn't be allowed anywhere near the firm's social media accounts!).

#7 - Take care of your VIPs
In some industries, travel to what are regarded as â€˜high risk' locations is part of the job. In instances where your staff are travelling to these areas, it is your responsibility as an employer to ensure their safety and protection. All of your staff should be regarded as VIPs, so make sure that they have the security they need to protect them, no matter where their job takes them.

Scott Adkins works as a security consultant for businesses in the London area, and regularly blogs on a wide range of business security issues including training. This piece was researched with the help of several websites, including wilplantraining.co.uk.

Ben Parker is author at LeraBlog. The author's views are entirely their own and may not reflect the views and opinions of LeraBlog staff.