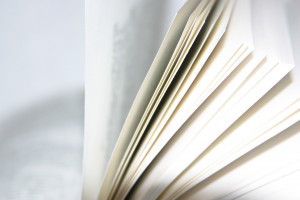 Okay, so in the past, I've talked about focusing on the book, honing in on the genre, and now for the third thing to take from Traditional-publishing's successes: Timing. Here I'm not talking about all the time involved waiting on agents' and editors' responses to submissions. Or the time waiting for feedback from a developmental editor and working on editing a novel. But rather, once you've signed that contract, the time lag that exists before the book comes out. Which can seem like an eternity.

Oh, how writers bemoan the idea of waiting 18 months before publication with a Traditional publisher. And often I hear from writers intending to self-publish for this very reason: "I want my book out now." But any acquisition's editor or agent can tell you that the time lag is actually vital.

So what happens between the signing of the contract until publication?

First off, an editor will position the book on the publishing house's list. Seems straight forward enough. But a reason exists as to why something comes out at Christmas (late Fall list) vs. why another gets designated a beach read (late Spring list). Beach reads, for example, are lighter fare. In other words, you wouldn't put out a book about depression or suicide in either of those seasons! Choose when your book comes out carefully.

Next, the lag gives editors time to get book-jacket blurbs for the back cover. And this can take a bit. But never underestimate the power of these. One huge way readers buy books is by word of mouth, and that includes blurbs by the rich and famous. Spend the time to round those up!

Covers are done differently with the Traditional houses than most Indie and self-published books. Usually the covers on the former are of higher quality than the latter, but they don't have to be. Take the time to get a fabulous one, even if it costs you. What good is it to do things right and spend time or money on things like professional manuscript editing, and then turn people off with a low quality cover!

ARCs. These help tremendously in creating buzz for a book. Traditional houses get reviews in place from the major reviewers, and they almost all require ARCs (you pay for reviews once the book is already out but for "real" reviews, you need ARCs). Now, with the new Amazon policy of putting a book in the system up to three months before publication, anyone can take this time to get reviews in place. Do so!

Social Media. As we all know, this is king these days in promoting books. And it takes a good while to get up and going. Conventional wisdom from experts says a blog takes 6 months to a year to get noticed. You want the best promotion for your book possible. So get the website and blog going, your Twitter, FB, and LinkedIn up and healthy, long before the book comes out. Goodreads is a must, and Goodreads giveaways are quite effective. One before publication and one after. Of course a whole host of other such sites exist as well. Give yourself that time!

Promotional Materials. This also gives you time to put together your press kit, along with postcards, bookmarks, etc. Even in today's "virtual" world, these still work wonders. Get these printed well in advance, and send them out!

Book Signings. Both brick-and-mortar stores and online book tours work great! They can also take a while to set up. Local bookstores are usually quite keen to set up signings, especially if you get some media out with it. And they are much more excited about an upcoming book, than one that's been out six months. Work with them!

So even in today's world of "instant" publishing, slow down here. Get your promotional ducks in line so you can launch your book in the most advantageous way possible. Because no matter which way you publish, your point is to be successful. Be that!