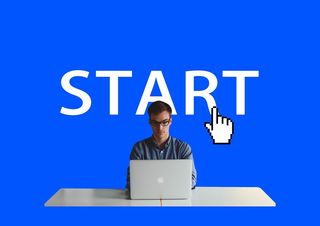 Entrepreneurially minded, and want to start a business in Florida? This state of almost 20 million people has a great deal of opportunity awaiting those bold enough to take on the challenges that may confront them there.

What businesses fare the best in the Sunshine State? Below, we will list four suggestions that may work out well for you, should you choose to pursue them.

When most people think about Florida, thoughts of vacation enter their minds. For many years, even those in the business community thought along the same lines, leading to a gap in the market when it came to private equity firms.

During a brainstorming session with business partner Rodger Krouse, Marc J Leder came to the conclusion that the Florida market was underserved when it came to this sort of financial business.

Contrary to what many people thought, this state actually had quite a few businesses operating within its borders. And what’s more, some of these businesses had real value, but were struggling with performance issues, especially in the wake of the global financial crisis of 2008.

After pulling up stakes and moving to Boca Raton from New York City, his suspicions were confirmed after he managed pulling off a string of successful deals in a relatively short period of time. With the growth that Florida has seen since the beginning of the 2010’s, there is likely room for more players in this market.

Despite the fact that actual people do live in Florida and operate businesses of all kinds, it is indisputable that tourism makes up a relatively large portion of its economy. If you enjoy interacting with people, and love the idea of sharing your enthusiasm for this state’s tourist attractions with them, then you may want to look into becoming a tour guide.

After spending a significant amount of time learning about the ins-and-outs of places like Miami, you’ll be able to market your services as a tour guide to those looking to experience this place beyond its beaches and its theme parks.

The state of Florida and Miami are known for being a gateway to Latin America. As such, a significant portion of the population speaks Spanish, and their knowledge of English can be shaky at times.

This creates a great deal of problems for them, opening up an opportunity for those that are bilingual to translate documents and signs from English to Spanish.

While there may be other factors that govern where tech clusters pop up in America, the amazing weather and quality of life that Florida provides makes it an excellent place to launch a tech startup.

While these top two factors are the best draw cards for tech talent, the low cost of living in many parts of the state and an abundance of educational institutions in places like Orlando, Gainesville, Tampa and Tallahassee are two more great reasons to consider launching your tech business in the Sunshine State.