A watch communicates your personal sense of style probably more than any other accessory. Sure, those items might get more attention, but it’s a timepiece that’s a definitive man’s style statement that has withstood the test of time for over a century with pervasive influence.

Regardless of which watch you wear, you’re making a statement about who you are and what’s most important to you. Every individual wishes to be noticed and wearing a luxury watch would certainly grab some eye balls. Getting your hands on an expensive watch does require a big pocket but which watch to choose among some popular luxury watch brands is a difficult task. Each brand has numerous product ranges and every watch has its own unique features and price. 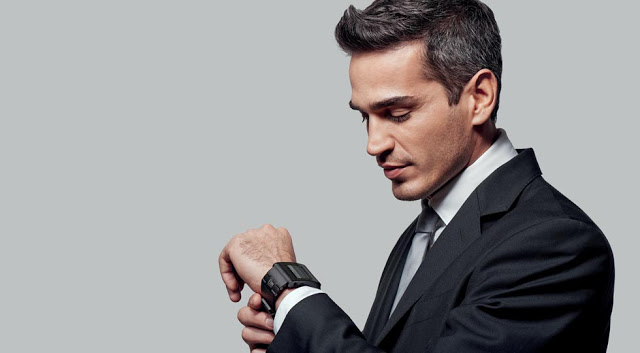 Less expensive brands like Casio or Timex fall too far on the side of utilitarianism and broadcast your frugality rather than your sense of style. Brands like Bvlgari cross the line of iconic style and venture into the sea of gauche.

And then there are horological aficionados that simply exude style. They are recognized globally as best in quality, design, timekeeping ability and value.

Below are four luxury watch brands that are revered all over the world, not only the rich and famous, but just about anyone who has the opportunity to wear one.

Rolex understands the true impact of a gentleman’s watch.

As the world’s most recognized wristwatch, the Rolex has been around since 1905 and still stands as the largest watchmaker with production topping over 2,000 pieces per day. And even as grand as they are, Rolex has managed to build and maintain a reputation that few brands can match. When you think of Rolex, you think of success. Rolex basically offer three watch lines and those are Oyster Perpetual, Cellini and professional. The bracelets for the Oyster line are called Oyster, Jubilee and President. People and sports lovers must have noticed Rolex sign at the tennis grand tournaments especially in the Australian Open and in Wimbledon.

As one of the few watch brands that have mastered the balance between an active and luxurious, Omega SA’s watches are elegant with an active aesthetic that’s firmly situated in a premier lifestyle. As the official watch of the Olympic Games, it’s no wonder that men who wear one of these know how to subtly communicate style with power. Omega produced a chronograph in 1898 for the first time and within 10 years the watch was used in around 16 sporting events to measure time. Omega takes pride on the fact that its watches have been worn by many world leaders and one of the proud owners include John F.Kennedy, who was seen wearing Omega watch during his inauguration as the America’s President in the month of January in 1961.

Synonymous with luxury, the Parisian jeweler is all about luxury and sophistication. After all, they accessorized our kings and queens for centuries. Cartier is decadent without being gaudy.

The man who wears a Cartier watch has found admiration of the performing arts. He’s apt to wear custom made suits and drive a Mercedes. Frequenting art galleries, he considers a fine Italian wine one of his closest friends.

The man wearing an IWC is confident. He may be a family man who has not lost his sense of style in the shadow of responsibility. He lives for comfort, knows what he likes and is secure to a fault. He doesn’t need to boast about his accomplishments, but you may see him driving a classic car in one of his many tailored suits.

Although watches from the International Watch Company have a comparable price point to Rolex, their clientele is completely different. IWC is designed for the man who thinks before he buys; his decision is deliberate. He doesn’t need to choose a Rolex simply because he has the purchasing power.

Regardless of your personal style, everyone can rock a wristwatch. Find a watch that stands out from the rest and adds interest to an outfit. It could be the beginning of a friendship that lasts a lifetime.