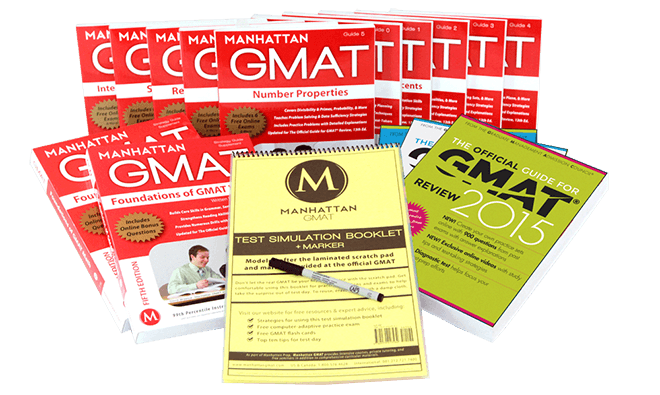 Graduate Management Admission Test (GMAT) is one of the major entrance examinations for management courses, especially MBA. The following post takes a quick look at the GMAT exam.

The GMAT Exam is much like a number of other similar competitive exams that a candidate must have gone through before appearing for it. The atmosphere of a GMAT test centre is similar to all other exam halls, one need to carry a minimum of two sharpened pencils and the drill is the same, scratch paper for rough work, clock, proctor, pin-drop silence and so on.

The sections in which the test is divided into are also like any other graduate level aptitude test and comprise of verbal reasoning, quantitative analysis and analytical writing abilities.

Also similar to most competitive exams these days the GMAT Exam is also held online and is computer based. So the test is made adaptive to the candidate's level. Once the candidate puts in a right answer the computer immediately matches it and bumps up the difficulty level of the next question. And for every wrong answer the difficulty level gets slightly eased off. This is a great advantage in comparison to the typical paper-based tests.

There are a number of practice GMAT Tests available for aspiring test takers to help evaluate where they stand in comparison to the thousand other aspirants. But a trend that has been observed is that candidates end up taking more than necessary practice tests. As suggested by the leading academicians in the country, the students should simply take one test before beginning their preparation to evaluate where they stand, then take three more mock tests while in the course of their preparation within 3-8 weeks of it. And right towards the end of their prep the candidate is advised to take only 1 mock test per week.

One must understand that tests are comparable to thermometers; they help to indicate how sick a person is but cannot cure them. Similarly while taking too many practice tests the candidate will not be able to learn more about solving similar questions, the only way to get better at solving them will involve studying.

What to expect in a GMAT Exam?

As discussed earlier the test is completely computer based and the difficulty level of the questions increases based on the candidates capabilities, so the marks will also reflect on similar basis. That is the number of correct answer given for each and every difficult question will reflect a higher score. An important note for students to understand is the fact that the GMAT test is just like any other aptitude test and is targeted to test a candidate's general skills and abilities rather than their managerial skills that they will acquire if they qualify for the program in a suitable college. The main thing that B-schools are looking to evaluate is a student's ability to communicate efficiently and to analyze given data. Basically these are the key skills that are pertinent to being a good manager.

In the test all three sections namely, verbal sections, analytical writing assessment and quantitative section will be included and should be incorporated in ones GMAT review. Except the writing portion all others are present in this version.

The main types of question one can expect are of topics related to mathematics, economics or issues related to human resources.

The analytical assessment section will contain 2 writing tasks each of half an hour. The verbal assessment portion has a total of 41 multiple choice problems and will require total of 75 minutes. This portion covers three basic areas, sentence correction, critical reasoning and comprehension reading. Finally the quantitative analysis section has a total of 37 MCQs and will require 75 minutes to complete properly. The areas covered in this section include, data sufficiency and problem solving.