Can a plant actually affect your life? It can and it will if you know how and where to use it, and use it well. Many people primarily know bamboo to be a building material, used for things such as bamboo screening, but there’s more to this humble plant than providing privacy.

Thanks to the fields of natural sciences, architecture, engineering and yes, even nutrition–we have a robust body of research to base our home tips and lifehacks on. Recent scientific discoveries about bamboo homes, furniture and the like are beginning to make bamboo extremely popular not only among homeowners, interior designers and building suppliers, but among the general public as well.

Here we have five of the most interesting scientific facts about bamboo and the practical applications you can do to harness all of its unique properties. Let us show you how these tips can improve your home–and your life.

Bamboo is a member of the grass family and holds the record for the fastest growing plant.

Bambusoidea is one of the 12 currently recognised subfamilies of the grass family Poaceae. This subfamily consists of 1,439 species in 116 genera and is the only major lineage of the grass family to diversify in forests. New species and genera in all of the three bamboo tribes (Aruindinarieae, Bambuseae, Olyreae) continue to be discovered.

Giant bamboos are considered the largest members of the grass family. A species of bamboo is currently recorded to be the fastest growing plant in the world, with it shooting up 91 centimetres within a day–up to 4 centimetres in an hour. The tallest recorded bamboo plant in the tropics was reportedly 40 metres high in Europe and 20-30 metres high in the United States.

With the number of species available, there’s always a type of bamboo for every purpose, from building construction and home design to accessories and clothing. This is why you see different kinds of materials made of bamboo–it really makes one appreciate the diversity of bamboo and what can be done with it. It can even be said that it’s easier to make a list of what bamboo cannot be used for than for what it can be used for.

Now how can this bit of info improve the way you live? Well, it has been traditionally believed that being in a bamboo grove stimulates creativity and provides a sense of calm. While it may not be realistic to have a bamboo grove in your living room or patio, you can recreate the feel of being in one using materials made of bamboo such as bamboo fencing and bamboo screening. Better yet, if you have a garden, get those bamboo plants growing! 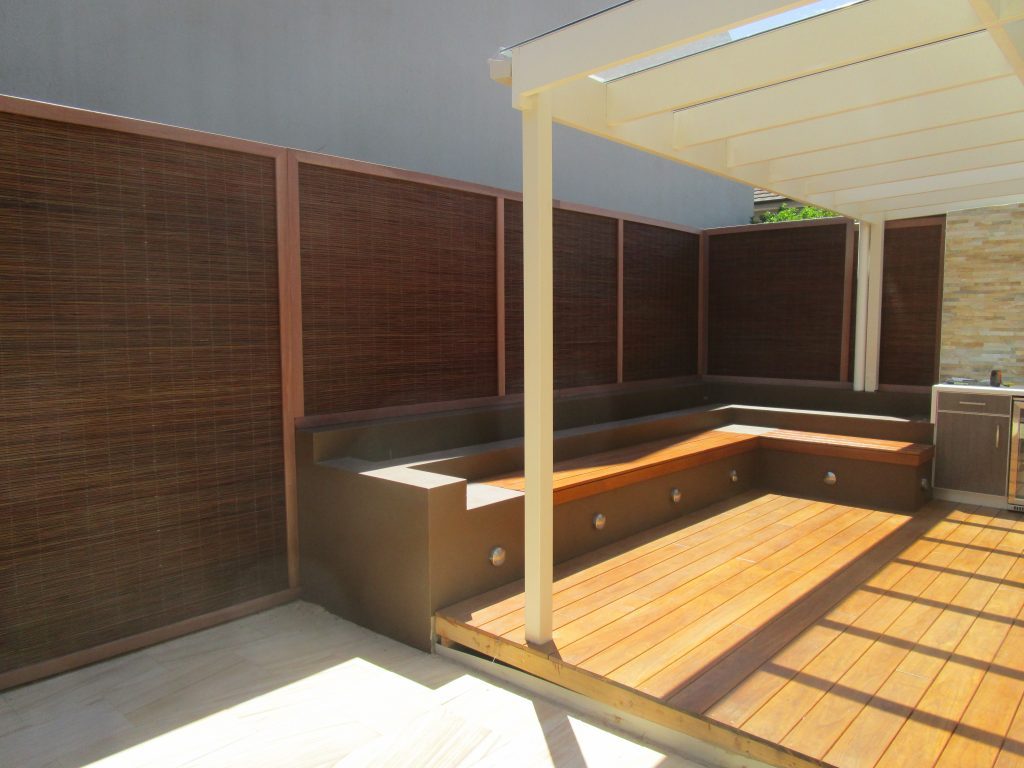 Bamboo is sturdier than wood, concrete and brick, and rivals steel in terms of tensile strength.

Civil engineer and Professor Jules Janssen, from the Eindhoven University of Technology in the Netherlands, believes that bamboo is best for building sturdy yet affordable housing in tropical countries. He has carried out research on bamboo and found that ounce for ounce, bamboo is stronger than concrete, wood and brick.

In fact, in Janssen’s compression tests, the bamboo species Bambusa vulgaris was able to withstand 78 newtons per square millimetre of force. A short and straight bamboo column that has a 10-square centimetre top surface area could support an elephant that weighs nearly 5,000 kilograms.

Here’s a story that shows how resilient bamboo can be. In 1991, a 7.5 magnitude earthquake struck Costa Rica. At the epicenter were 20 bamboo houses that were part of the country’s National Bamboo Project, which Janssen took part in. He had overseen the development of bamboo plantations and the construction of more than 700 homes there, including the aforementioned houses at the quake epicenter.

What happened to the houses? According to the project’s technical supervisor Jorge Gutierrez, he feared the worst–but then he came to check on the site, he found all 20 homes intact–without a single crack–amidst an area filled with collapsed homes and hotels made of concrete. Want a home tip? Use bamboo–it can save your life. Oh, and since bamboo floats, you can make a sturdy raft out of it when necessary. 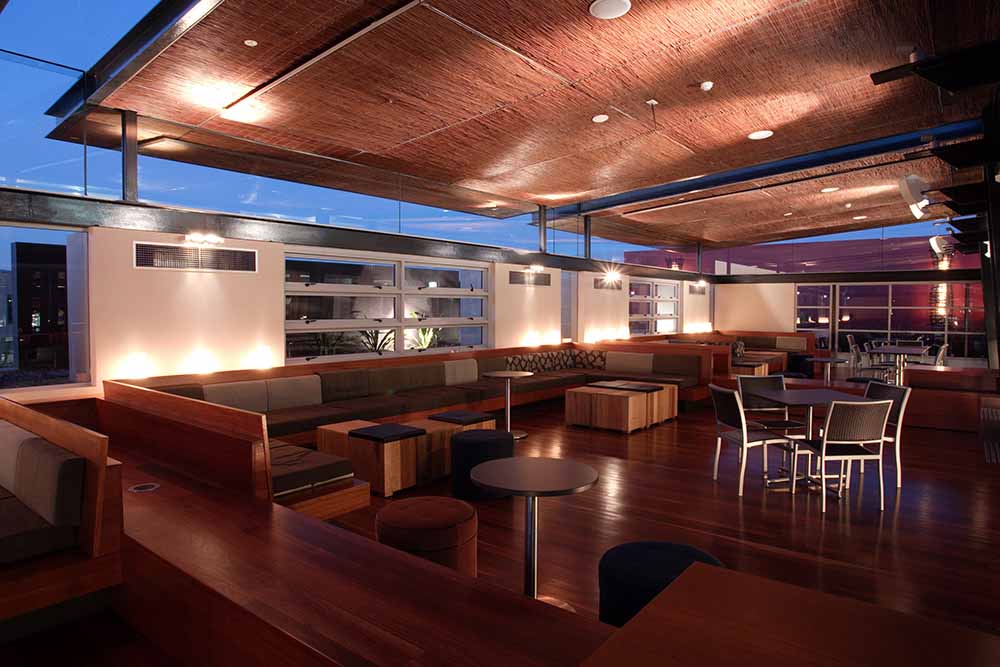 Bamboo is inexpensive to produce.

Using bamboo in homes is extremely economical as the material is cheap to produce. For one thing, the energy required to produce it is approximately half that required for wood, one-eighth for concrete and one-fiftieth for steel, which needs to undergo several processes including smelting, forging, casting and tempering before it can withstand the same bearing capacity as bamboo.

Additionally, bamboo doesn’t need chemical fertilisers and pesticides to grow and thrive. The leaves that fall naturally to the ground act as natural fertilisers and are enough to provide the plant with the nutrients it needs.

And while a tree can be harvested as building material only once every two decades (up to four decades for hardwood trees), some species of bamboo can be harvested every year. Why? Because bamboo grows to its full size within 12 months. Harvesting bamboo is also simpler, needing only a hacksaw or a machete. This makes it a sustainable, environment-friendly resource that can be easily and quickly replenished.

Bamboo is also a renewable resource because when bamboo is harvested properly, it does not totally kill the plant and the topsoil is maintained, unlike when harvesting most trees. Its net-like root system ensures there’s always a new growth somewhere. 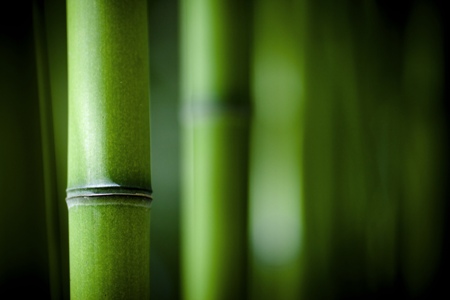 Bamboo is healthy in a lot of ways. First, it contains a natural bio-agent called Bamboo Kun, which has been found to eliminate more than 70 percent of bacteria that try to grow on it. This antibacterial property makes bamboo naturally “cleaner” than most plants. Pulverised bamboo skin is used in Japan to prevent the growth of bacteria and as a natural preservative for food. The Japanese really have a talent for lifehacks!

Second, because bamboo–in charcoal form–is porous, it can absorb large amounts of odor-causing bacteria. Bamboo charcoal can also be utilised to filter chemicals in water.

The natural deodorising properties of bamboo make it an ideal core material for items such as shoe insoles, linens and bed sheets, shirts, and even gym bag and closet deodorisers. Bamboo deodorisers have become the primary alternative to chemical-based products that can cause allergy and be toxic when accidentally ingested.

Third, bamboo–that is, bamboo shoots–are an excellent source of nutrients, especially fibre and potassium, with one serving providing 10 percent of the daily recommended intake. Bamboo shoots are also low in fat and can be served in salads, soups and entrees. 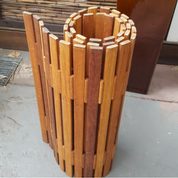 >Bamboo is a promising resource for composite materials.

In 2014, scientists from the Massachusetts Institute of Technology, along with architects and wood processors from Canada and England, started looking for methods to turn bamboo into a building material similar to wood composites like plywood. The bamboo composites could be used in the construction of more resilient homes and buildings, especially in areas where bamboo grows in abundance.

The MIT researchers aim to understand these composite materials better so that bamboo can be more effectively used in structures. For their study, they analysed the microstructure of bamboo and discovered that the plant is actually stronger and more dense than most softwoods found in North America such as spruce, fir and pine.

The MIT study supports Janssen’s belief that bamboo makes a great alternative building material to steel and concrete. It’s not for skyscrapers though, but is perfect for low-rise buildings and homes.

What all of this shows is that bamboo can definitely replace the use of wood and other materials for various applications, such as using bamboo screening instead of wood slats for privacy or for hiding unsightly walls. Use bamboo and save the rain forests too!

jillypack is author at LeraBlog. The author's views are entirely their own and may not reflect the views and opinions of LeraBlog staff.