Granite, you must have heard this word, but do you actually know what does it means? Where it is found? What are its different types? What is Quarry? In how many ways we can use granite? And some more questions similar to these. Let's have a look. 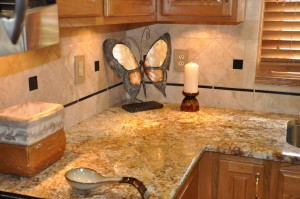 Granite it is very hard, crystalline, granular intrusive type of igneous rock (with at least 20% quartz by volume). It is formed by mica, quartz and feldspar and it's often used as a building stone. It has granular and phaneritic (igneous rock grain size) texture. Different types of granites are produced in different continents which then became their signature rock. More than that, granite is the signature rock of the planet Earth itself. Sometimes the individual crystals like phenocrysts are larger than the groundmass, in this case its texture is known as porphyritic. Granites can be gray to pink in color, depending on their mineralogy and chemistry. At least 35% of the feldspar in granite is alkali feldspar as opposed to plagioclase; due to this alkali feldspar many granites posses their pink color. Granite is usually found in the continental plates of the Earth’s crust. The other planets like Venus, Mercury and Mars are covered with basalt, as deep inside the ocean floor of our planet Earth. But the only which has this beautiful and interesting rock or mineral in abundance is Earth.
Granites fall under following categories; this is also called as Chappell & White classification system:

Different types of granite are found on this planet depending on the percentage mix of mica, quartz and felspar. Granite is available in three main varieties:

Biotite-granite is made of plagioclase, quartz, K-feldspar and biotite. This may be particularly interesting to you because of the fact that it comes in many colors which is in addition, it is the toughest of all granite types. These are used for both indoors as well as for the outdoors.

Hornblende-granite contains hornblende as well as mica. It is a complex inosilicate series of minerals (ferrohornblende - magnesiohornblende). Generally It is not a recognized mineral in its own, but this name is used as a field term, to refer to a dark amphibole.
Tourmaline granite is usually to be present in every color you might imagine. Exception is white and colorless, which can be a variety hard to find, it has high degree of softness.

1. Granite has existed since liquefied volcanic rock was forced into the Earth's crustâ€”that's just about as far back as the starting of time! That's why it comes as no surprise that earth's earliest civilizations used this material to create major monuments, like Stonehenge in England and the great Pyramids in Egypt. Existence of those marvelous structures nowadays may be a testament to granite's unbelievable sturdiness.
2. I bet you didn’t know that the surface on which you set your food on, an everyday basis is actually radioactive. Basically granite may be a complicated material that contains some radioactive components, like thorium, uranium and potassium. But, no need to worry; Study done by the Marble Institute of America assures you that the amount of radioactivity in counter-tops is too low to create any threat to your health.
3. You may have heard that granite comes from all over the world, but just where exactly? Some of the top spots for granite mining are found in India, Brazil, Spain, Norway, and the United States. If you’ve been to these destinations in the past, you might have stumbled upon raw granite without even knowing it!
4. Rock climbing is a sport that requires full body effort and endurance, and the popularity of it has sprung countless rock climbing gyms worldwide. Because granite is one of the most resilient materials in existence, it comes as no surprise that rock-climbing walls are made from it.

A quarry is a place from which rock, gravel, riprap, construction aggregate, sand, or slate has been excavated from the ground. It is totally different from an open-pit mine from which minerals are extracted. An example between quarrying and mining would be that a limestone is quarried whereas the mineral lime is mined. This may also include the underground quarrying for Bath stone as well. If you need more information on granite processing and quarrying techniques then you can visit Kimberley Granite Quarries page. KGQ was incorporated in 2011 to explore and develop a granite rock quarry in West Kimberley to service the growing demand of construction materials in the area. For granite quarry mining equipment’s you can watch this video: