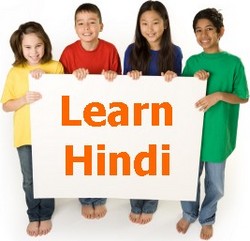 The educational system of India has improved by leaps and bounds in the last decade or so. This jump in the educational sector has attracted more foreign eyes than ever before. Every year, thousands of students all across the globe come to India to continue their studies. They interact with the locals, learn about the culture and understand the style of living in the country.

But studying in India has also resulted in a huge communication gap with the local students. It has been noted in many universities of our country, that this gap in communication has made the international students much more insecure. They tend to make their own set of friends and interact much less with their Indian counterparts because of the language barrier.

It is increasingly difficult for those students who are supposed to study in the country for an extended period of time. Due to this, more and more foreigners are taking the unconventional route and learning the language Hindi. Hindi, being one of the official languages of India, is spoken all around the country. Students coming from abroad are making sure to know about the language to bridge the gap in communication.

Although, English is the preferred educational language and the business language of India, Hindi is widely spoken or known by every section of the society. It is no secret that there have been several cases of racial abuse of the international students in some of the universities of India. These cases have prompted them to go beyond their known language in order to engage and communicate with the local students more often.

Why learning Hindi is great for foreigners?

It is the most actively used language in India.

Foreigners can be part of the conversation with the locals.

No one expects a foreigner to learn the language, which makes the learning even more distinctive and attractive.

Being a polyglot opens more career opportunities for students coming from different countries.

With new languages, you are at home anywhere around the globe.

Last year, Delhi University took the bold step by announcing a specialized course for international students to teach Hindi. Although no further developments have been noticed, the reputed University is working hard to fulfill the announcement.

One student mentioned that “If they start a short-term course to learn basic Hindi, it will help all of the non-Hindi speaking students to interact with our fellow classmates.”

Why do foreigners want to learn the Hindi language?

Indian Culture and Traditions – International students living in the country want to be part of the rich culture, extravagant festivities, and the age-old traditions.  Coming from a different country their lifestyle and culture are far different than our. They believe that the knowledge and understanding of a regional language is an absolute requirement to know the culture and traditions of that particular place.

Indian Literature – It has been believed for ages that languages should not limit literature. Yet, apart from some of the Asian countries, Hindi isn’t taught as a foreign language anywhere else. Most students are unaware of the rich Hindi literature and famous writers. Students coming from abroad are willing to read novels, stories, and poems in Hindi to expand their knowledge of literature.

Indian movies and music – Indian films, especially Bollywood, is loved universally. Expressive colors, dance and larger than life sets attract a lot of outsiders. But barrier in language prevents them from enjoying and appreciating the entertainment industry of India. Foreign students want to get a slice of the movie experience of India by learning Hindi. Also, it helps those students who are studying in the Arts Institutes of India.

Mode of Communication – Communicating with the common man on the streets may not be the easiest of things to do for foreign students in India. Learning Hindi provides them the opportunity to make new friends, prevent themselves from being exploited by knowing the currency modes and lastly to understand the local expression.

Thinking and communicating with a new language allows one to see their own culture from a different viewpoint. Universities in India want to curb down the discriminating attitude and open a new area of opportunity for international students. Providing Hindi learning courses to those students may be the first step towards a more peaceful and enjoyable educational environment for them.