The advent of medical science is one of the main reasons behind the humankind’s age-old survival. Absence of modern medication could have led to mass extinction, as the continuously increasing amounts of pollutants in the environment would have wiped out the entire human race by now. However, there are certain ailments that have no cure until they are recognised before a specific stage. One such life-threatening disease is Cancer, which was the root cause behind the death of 4.8 million people (WHO Report 2014). 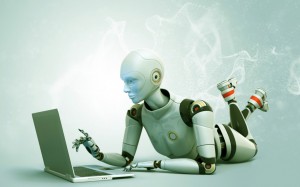 According to the researchers at the World Health Organisation (WHO), the world will witness a rapid rise in the number of cancer patients worldwide. Currently, it is estimated that one in every five men, while one in every six women will be affected by cancer within 2035, leading the total number of patients to approximately 24 million. What seems more dangerous is the absence of effective traditional diagnostic facilities that can detect cancer with 100% accuracy. As a result, the WHO had estimated that one in about eight men and one out of twelve women would die because of cancer infections.

Cancer is a worldwide threat. The disease not only kills thousands of people every year, but huge economic losses are also associated with the ailment. According to a report published by WHO, the total worldwide cost of cancer in the year 2010 was £ 700 Billion; similar to $ 1.16 Trillion.

Is the human race still afraid of cancer? Despite of some marvellous scientific discoveries, this particular ailment poses major threat to human life. Are we still under-developed in terms of combating this life threatening disease? As far as Artificial Intelligence (AI) is concerned, cancer can be controlled, as several researchers have figured out newer (and better) ways of combating the disease by detecting it in advance.

Artificial Intelligence is the topic of discussion since a computer was able to defeat Garry Kasparov in game of chess in 1996. If you do not know about that yet then here’s some insight, Mr. Kasparov was the World Chess Champion at that time, and had retained his championship title in 1995 after defeating Viswanathan Anand in the final. Since a computer defeated Garry, debates held on whether machines are capable of being intelligent, have become an even more interesting topic. Many years have passed and today, we are standing on the verge of technological advancements when computers have started to share the most difficult tasks experienced by the human beings, and more importantly, computers are doing many of the tasks far better than what their ‘creators’ can do. One such field of operation is the diagnosis of cancer. Over the last few years, some significant experiments have been conducted in different parts of the world that have generated extra-ordinary results.

Let us study those experiments in brief:

Recently, the research scholars at the Stanford University have successfully used Machine Learning in order to teach a computer ‘how to detect cancerous cells’. According to the researchers, the computers were fed with millions of images including those of cancer-affected cells as well as normal cells and tissues.

After months of ‘teaching’, the researchers have come to satisfactory conclusions, as those machines were able to detect not only cancerous cells but also were able to point out numerous minute details that differentiated between the normal cells and the infected ones. What is more fascinating is that most pathologists overlooked these details during traditional diagnosis techniques.  Additionally, the computers were almost accurate when it predicted the survival time left for the patients. According to the researchers, their AI enabled machines were able to recognise adenocarcinoma and squamous cell carcinoma– certain types of cancerous cells, which are the toughest to detect.

The Joint Study by BIDMC and HMS

Beth Israel Deaconess Medical Centre (BIDMC), together with the Harvard Medical School (HMC) came forward with some astonishing results in a recently performed experiment with AI. The Researchers conducted similar ‘teaching’ process to allow the computers learn about cancer by feeding them with numerous images.

At the end of the process, two separate contests were held where the machines were given the task of detecting cancerous and normal cells in respective situations. In each contest, the machines turned out to be 92% accurate, which was somewhat lower, as human pathologists are found to be 96% accurate at times. However, a combined analysis of both human pathologists and AI proved to be unbeatable, as the combined process proved 99.5% accurate.

Discovery at the University of California

The University of California have invented a special type of AI based microscope that can locate cancer cells by analysing more than 30 million images per second. The most interesting feature of this microscope is that it acts like a camera and slows down the image viewing process in real time, which often does not exceed few nanoseconds. As a result, the diagnosis process can be conducted much faster and easier as compared to traditional techniques.

AI for a better world

The development of AI has reached a new height, when detection of cancerous cells does not seem to be as tough as earlier. Computers are performing the most difficult tasks in collaboration with their inventors and the end-results are terrific. Modern pathological practices often prove to be incapable of generating the desired results. In many cases, blood samples are damaged while conducting tests, which would not be a case with AI. On the other hand, computers can figure out more than a dozen characteristics of a cancerous cell, which was not a case for traditional systems. Accuracy is also a major factor that the scientists are focusing on, since the computers are able to detect the exact cells that are infected, rather than treating the entire tissue, which is expected to bring down medicinal costs in the future. A research revealed that cancer is spreading at a higher speed among the developed countries. Currently, artificially intelligent computers are our only hope to fight cancer and eradicate the menace.