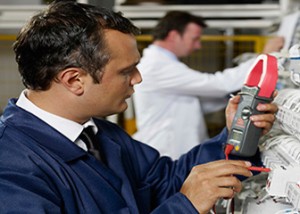 This engineering subject covers topics like, electricity, electromagnetism, and electronics. Additionally it also covers other topics like telecommunications, power mechanics, controlling systems and signal processing. Most practitioners in this field are concerned with large scale electronic items like motor controls and power transmission systems. Another field of interest for them is to utilize electricity to transmit energy. Practitioners in this field also require performing in a diverse range of fields, like developing household appliances, constructing the lighting and wiring of a building, designing telecommunications mechanisms, building electronic power stations or satellite communication centers. Their planning and designing methods may involve computer aided software systems or they may even draw the designs by hand.

Also it has to be noted that electrical engineering is not just one specific field but has a number of sub-disciplines under it. Most engineers are required to specialize in one of these sub-disciplines or in a combination of them. The most common sub-disciplines are:

What kind of work does an electrical engineer do?

The projects that an electrical engineers job is concerned with are of various types, they work on things like radars, cards, cell phones, navigation systems, robots, computers, lighting and wiring of buildings etc.
To start out any new project electrical engineers need to first explain what new electronic technologies can do better for an organization. The next step is to design the electrical circuits and other components needed for the system using a computer. Once this is done, they have to build a prototype of the device and test it out to assess its quality. Then after further improving the device (which is the case in most of the times) by bug fixing some problem areas, the final product is built and released into the markets. This job is quite intriguing as most devices do not function properly at first and the teams of engineers have to figure the problem out using various mathematical and physical theories.

How can one become an electrical engineer?

To become an electrical engineer one has to have a university degree in this field. Both bachelors and master's degrees can be done in this subject. The course duration typically lasts for four to five years depending upon the curriculum of individual universities for the bachelor's degree. After successful completion of this course a student is deemed with the degree of bachelor in technology (B.tech) or bachelor in engineering (B.E) or bachelor in science (B.S/B.Sc) or bachelor in applied sciences. Those who want to pursue a B.Tech one need to appear for entrance examinations such as IIT-JEE, WBJEE, KCET and other entrance exams conducted all across the country.
Students of electrical engineering need to compile the following units: math, physics, computer and project management. Students can also choose to study online apart from classes offered by regular colleges and universities, these online degree programs help students to work while they are studying.

Career options in electrical engineer are ample and salary structure also ranges from a good bandwidth. A beginner can start with INR 3 lakhs and with experience it can go up to INR 10 lakhs to 15 lakhs on an average.

Swati is author at LeraBlog. The author's views are entirely their own and may not reflect the views and opinions of LeraBlog staff.