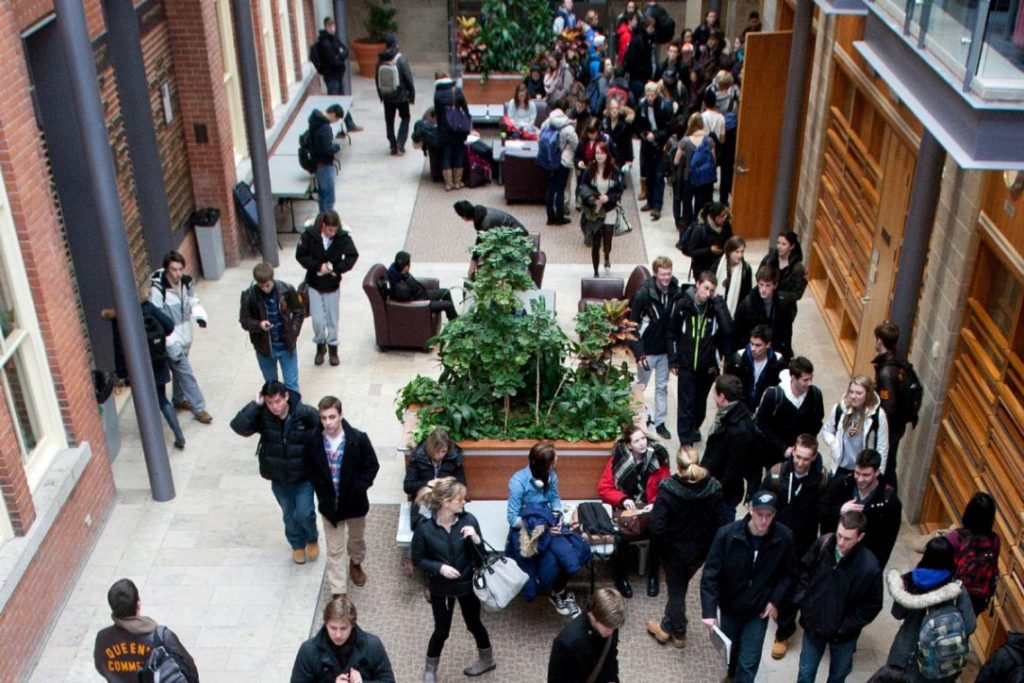 One of the greatest perpetrators of class division is education. If you aren’t privy to a good education, it’s much harder to get ahead in life than if you had a better education. That is why affluent schools typically have better graduation rates, and why those who graduate from those schools do better in life than less affluent districts.

A grave concern to education advocates is the excessive influx of students in New York, which is overcrowding schools and increasing class sizes. Advocates insist that those higher class sizes are providing students with a subpar education, which is against the law.

A complaint was filed with the state Education Department and included parents, advocate Leonie Haimson and city Public Advocate Letitia James. The plan a decade ago was to tackle the problem and decrease class sizes, but that never happened; now class sizes are out of control.

Statistics show that the average class size is up across the system, but especially from kindergarten to third grade. Classes are as much as 18% larger now than they were in 2007 when the initiative to reduce class sizes was passed. The highest class sizes are in the school districts of Staten Island and Queens and in both middle and high schools.

The petition is based on research that proves that students thrive much better in smaller classrooms where they can get individualized attention. It also has been proven that large class sizes decrease the quality of education that a child receives, which is why the original measure was put into place.

There are currently more than 300,000 students across the city who occupy classes with sizes of 30 or more students. With that many students, it is nearly impossible for children to get the attention and help they need to succeed in school. Students in overcrowded classes can’t possibly get the same education as those who are in smaller classes where children get the time needed to excel.

Class size has been an issue for more than a decade, and although a plan was put into place to tackle the problem of overgrowth, nothing has since been done to reduce class sizes or to accommodate the growing needs of the communities served by the public schools.

As of November 2016, almost all three of the planned categories had well exceeded the benchmarks set, yet nothing has been done to help decrease class size or to ameliorate the problem. This becomes a civil rights issue, since everyone has the right to a public education; it goes against the law that not everyone is given the same educational opportunities in the New York public school districts.

According to a criminal lawyer in Queens, it is illegal to discriminate against anyone’s right to public education based on race, sex, age or disabilities. Yet the public system in New York has a systematic organizational inequity that does discriminate, whether it’s intentional or not. The large class sizes in poorer areas are tantamount to discrimination, which is why the complaint has been filed.

The problem is that the schools just don’t have the necessary funding to expand and accommodate the growing population. The schools are already short on funds, and rectifying the growing class sizes would require an overhaul of the entire public school system. Since each district is funded by the taxes of the neighborhoods surrounding them, that puts poorer areas at a disadvantage.

One option would be busing students in, but that is not an advantageous situation for anyone. It would likely put a strain on all schools, and may make the problem more pronounced rather than make it better. Charter schools are another option, but they need accreditation and aren’t usually run by the Department of Education.

How New York will handle the inequity of success in public schools perpetrated by class size — or if they do at all — is now up to the courts to figure out. Unless they can find more funding, it’s likely that solving the problem will be nearly impossible, and at the least will remain highly complex.