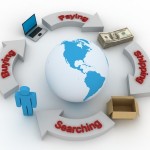 Today, there is one idea that is transforming how we conduct business: that idea is e-operations. Once just a theoretical concept discussed by academics, e-operations has now become a core topic at business schools, a key element of some MBA courses, and, more recently, a subject for consideration in popular business publications. However, it is not widely grasped, largely because the speed at which it is being introduced has allowed very few organizations the time to analyze its potential. It is often confused with its cousin discipline, electronic commerce.

Many business leaders believe that they can ignore e-operations until the concept has been more fully developed. But by the time e-operations are commonplace, it will be too late for the non-adopters. Those companies will have ceased to exist. The implementers will have traveled a difficult road, navigating the new landscape with some degree of trial and error, but they will be survivors. As for the â€˜â€˜e-'' prefix, it will soon be dropped and e-operations will simply be considered as operations as the word is generally understood.

The power of electronic technology to transform the manner in which organizations operate is hard to conceive. It can help to boost revenues, cut production cycle times and costs, improve customer service, and broaden market share. Interactive relationships with customers and suppliers enable new products and services to be delivered faster and better at a substantially lower cost. Ultimately, e-operations will be deployed throughout an entire industry's supply chain, linking suppliers with manufacturers, assemblers, distributors, marketers, and customers.

The implications of these technologies on business are not yet fully understood by senior managers, as confirmed by recent research carried out by Pricewaterhouse Coopers and MORI. This research suggests that many CEOs of global corporations do not believe that the effects of e-operations are an important issue facing their companies. Indeed, the research confirmed that their primary concerns occupied more traditional domains:

In other words, many business leaders are still thinking inside the box (on the lines of a SWOT analysis) rather than â€˜â€˜outside the box.'' Few organizations have taken the leap of faith (or want to take the risk) to realize that it is e-operations that can deliver these benefits.

Historically, e-operations have been thought of as electronic commerce. While Internet shopping is expected to generate at least $2trn a year by 2015 (and some research suggests more than $4trn), the wider concept of true e-operations will bring benefits worth many times more.

However, rather than in the â€˜â€˜front line'' of sales-oriented business, e-operation's greatest opportunities are to be found in back office and supply chain systems. They offer the possibility of rationalizing production and marshaling information to define the parameters of the manufacturing and product development process.

In an ideal world, e-operations seamlessly move data and information over open and closed networks, bringing together previously separate groups (suppliers, subcontractors, outsourcing, manufacturing, and production) inside and outside companies. They improve company performance by connecting disparate entities and thus enabling new relationships to be developed. They provide data for management information systems (MIS), enabling managers to identify their best profit centers, to modify existing business processes, and to create new ones.