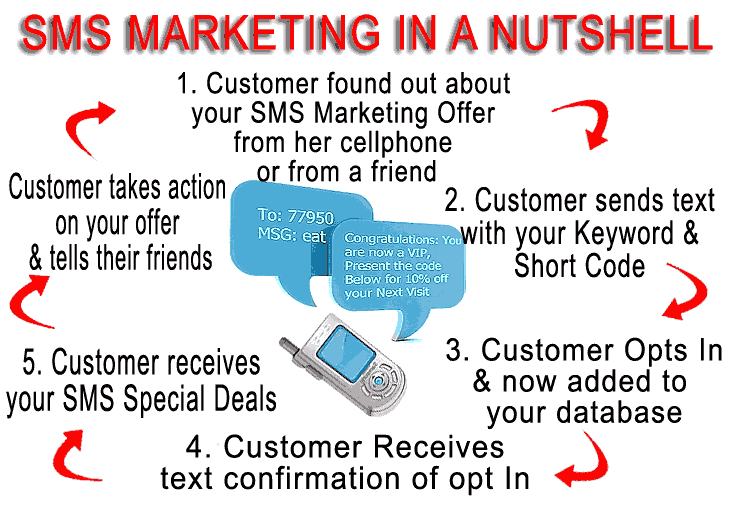 All over the world, SMS technology is being used to rally the masses around social, political, and commercial events. From revolutionary movements in Egypt to the 2012 political campaign, mass texting is providing a way to instantly interact with the masses.

Never before have we seen such effective results from technology. The pre-digital formâ€”the town hall meeting, distribution of printed handouts, or telemarketingâ€”couldn't do what this type of digital technology can do: have instant reach and immediate call for action. In that respect, SMS is a highly valuable tool that can improve event attendance, coordinate followers, and increase event or brand awareness.

Digital activism is a growing trend, and mass text messaging is the platform leading social change.

Lydia Guzman, an advocate for immigrant and civil rights, is spreading the word through text messaging to warn local residents of immigrant sweeps in Arizona as an effort to protect the community from sheriff deputies who are racial profiling. Her efforts have helped incriminate officers in her community who are going beyond the law, and it's been a way to inform other communities outside of Arizona, as well. In a way, Guzman is acting as a watchdog in her community, keeping the American ideal of law, transparency and democracy alive all through simple technology like SMS.

Text messaging is particularly effective at engaging young people. Teenagers are addicted to their cellphones, so it makes sense they would respond more readily to a text. Advocacy groups have caught on to this fact and are using SMS to convince undocumented immigrants to apply to the DREAM ACT, a deferred action program that helps protect kids from deportation.

Other countries have readily used mass text messaging as a way for creating collective identity. Before President Joseph "Erap" Estrada resigned in 2001, Filipino youth sent a mass text calling for over a million people to a demonstration that helped end the Filipino president's term. One million people showed up, and it was one of the first instances in which digital activism played such a pivotal role in changing a government.

Changing How We See

In the past, changing public opinion was slow and often a decentralized process. But digital activism through platforms like SMS marketing is a definite game changer today. We saw this in President Obama's first presidential election as he gained momentum over Republican nominee John McCain by using digital platforms to engage constituents. Even local parties texted the masses about getting out to vote, and each campaign seemed to rake in money from text-based campaign pledges.

Using SMS to Give

Companies are using SMS technology to help spur charitable giving within the workplace by having a corporate SMS program. Dressbarn's "Paint the Country Pink" campaign helped raise money for breast cancer research. Their customers could instantly respond to the campaign, instead of possibly missing it through an unchecked email or direct mailer. These types of fundraisers are a timely way to meet a need.

Although much good comes from raising money for various charities, businesses want to establish a relationship with you through SMS campaigns. To them, they feel that by associating with a good cause, you will buy their product in the future. It is another way to bring awareness to their brand that benefits others.

It's evident the cellphone continues to be a powerful tool today, with SMS marketing equally being a powerful player in the way people engage the world.

michaelgal is author at LeraBlog. The author's views are entirely their own and may not reflect the views and opinions of LeraBlog staff.