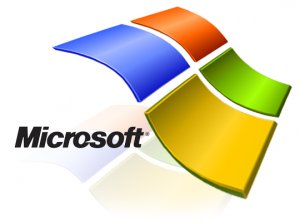 Modern days are characterized by the expansion of the Internet, the development, and the improvement of computers - such a particular invention that has not just affected an extensive amount of individuals but has also become a sine-qua-non requirement of millions of people. Among computers, consisting of products such as hardware or software, there is a brand which has started to rule this world in the last years (some say-in a monopolistic way), and this brand is Microsoft.

Founded in 1975 by Bill Gates-who still owns the company-and Paul Allen, Microsoft has become a computer software giant over the years. Microsoft got rave response from the market in its early years, ever since the products and services have started to replace the extensive human labor.

In the rows below we are going to analyze Microsoft's marketing effectiveness based on 4 P's rule:

Product in the marketing mix

Based on groundbreaking research since the early years, Microsoft's goal was to provide the market with a wide variety of products, ready to satisfy the customers' ambitions and to overcome the limitations of specific categories of individuals. The marketing strategies were applied for customer loyalty and the reliance among newbie users.

By selling software - constantly updated-Microsoft has also ventured into the world of OS (the Windows OS family), games, and mobile devices (in the last 4-5 years) following the partnership with Nokia. It is worth mentioning that Nokia is currently part of Microsoft.

In 2011 Microsoft bought the popular chat and video-calling platform Skype for $8.5 billion and merged it with its own platform - Windows Messenger. The purchase is an irrefutable proof that Microsoft has started to adapt its online products to the market's demand, fighting off the competition (Yahoo messenger, ICQ, etc.).

Nevertheless, the major turnover for Microsoft is software. Its unbeatable OS - Windows is now present all over the world along with the Office suite, business management software, and the Bing search engine. As we can see, over the years Microsoft has come out with a plethora of products and services tailored to either common or more "sophisticated" customers; till date no other company has been able to challenge Microsoft when it comes to software expertise - neither Google nor Apple.

In brief, the top Microsoft's benchmark products are:

Price in the marketing mix

Due to the fierce competition across the software and the hardware world, the pricing part is an inconsistent concept. Microsoft is a huge company providing the end-users with varied services and products, and it has almost become monopolistic over the years with very few competitors such as Google or Apple. The most important thing to lay emphasis - Microsoft has adopted a strategy of not slashing price tags, but to maintain the value of the brand without getting too overpriced and strenuously defending its market share.

Placement in the marketing mix

The product placement on the market varies across countries and the type of product or service. For software and OS, Microsoft has its own distribution network, operating worldwide. From the distributors, the products are delivered to retailers, and then to the customers. The OEMs (original equipment manufacturer) are another target of Microsoft, so companies such as Asus, Lenovo, Acer, etc. supply their notebooks, netbooks, and desktop computers with built-in Windows OS and other software.

Another pathway Microsoft operates, is via the Internet. Microsoft has a strong online presence by its Microsoft.com and Bing.com as well as dozen of 3-rd party websites and providers.

Last but not least, the traditional method of selling CDs and DVDs via own websites or 3-rd party e-commerce stores ensures Microsoft has a strong presence in both online and offline markets.

Recently, Microsoft has bought Nokia, thus stepping into the mobile phones market. Some several phones under the Microsoft trademark have been released so far (trademark: Microsoft Lumia).

Promotion in the marketing mix

From the outset, it is worth mentioning Microsoft has a significant amount of advertising, which is mainly focused on the segments having a large market share (the premium services) or on the mobile phones sector (Microsoft Lumia). On the other side of spectrum, the promotion of traditional products such as Office or Windows OS is limited to important aspects such as the release of new versions or critical updates (such as Windows 8.1). These are old and established brands and no longer need an aggressive promotion. Microsoft mostly uses digital marketing and online advertising through its own websites, the Bing search engine, or various 3-rd party advertising providers belonging to competition such as Google AdWords or Yahoo publishers network. The Microsoft ads are usually tailored to users looking for reliability and usability at affordable prices.