The most difficult acting jobs may be the ones in which actors never step in front of the camera. Consider that for a moment. Whether a voice actor or an audio book narrator, everything is conveyed solely through their tone of voiceâ€”timing, clarity, desperation, fear, excitement, fury, humor; entire scenes flow forth from the timbre of a single word. 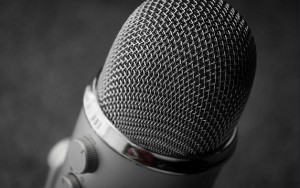 Voice actors rely not on props or facial expressions or others' reactions to enhance sentiment but rather stare into a microphone and bring as much candor to their characters as they can. Now that's talent.

And yet, the experts would have you know that raw talent is not enough. In order to succeed in voice acting, one should keep several things in mind:

Getting into character in voice-over goes beyond mere imitation of a couple famous phrases. It requires you to fully enter into the role of your character and remain there. Sure, you may be able to say a few idioms in an Australian accent, but could you maintain it for the duration of several hours without skipping a beat? Voice acting is as "real" as it gets; you may never sit in front of the camera, but you have to stay in character without seeing the faces of the people with whom you're conversing.

2. Entering this field takes a great deal of effort.

You'll need more than raw talent to "make it" in voice-over. This business takes practice, practice, practice. You should constantly be reading out loud and recording your voice, playing it back to listen for ways to improve.

While good acting tops the list of needed skills, versatility is also important. Be on the lookout to sharpen your skills to broaden your talent. Hire a mentor for voice over or online voice coach to aid in your vocal range and style. Never assume this path will be easy, but keep finding ways to build flexibility.

3. Use professional equipment for your demo reel, and find an agent.

Your recorded demo reel serves as your chance to impress employers in the industry. Make sure it's of utmost quality with your best work captured in the first 30 seconds. This file is also what you'll be sending to agents in your area, so you want to make a good impression.

If you're serious about a career in voice acting, you may have to move where the jobs are. New York, Los Angeles, San Francisco, and Dallas are currently the hotspots for voice-acting, so start saving up!

For this exciting time of your life, don't forget to take advantage of others who have gone before you in the industry. Enlist the service of male voice over personalities such as David Brower to help you get on your feet. Find expert voice over production companies to guide you on the right track (pun intended).