A patent is the protection afforded by the law to ideas. The protection of intellectual property is founded upon the need to balance among the inventor’s right to his or her invention, the desire of the human society to encourage entrepreneurship and innovation, and society’s need to use the invention for the common good. The inventor chooses to accept the protection of the law, and in consideration therefore is prepared to publish the details of his or her invention and to allow the public to use it once the patent expires. 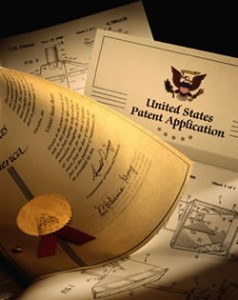 A vast number of patents are granted every year. For example, in 2010, more than 140,000 patents were granted in the United States alone, and the revenues generated in that year from the granting of licenses and the sale of rights to utilize patents exceeded $100 billion!

Aside from pharmaceutical companies, which have historically relied on patents to prevent competition and to protect the return on their large investments in developing products, a material portion of the value of many high tech companies is attributed to their patents. For example: In December 2001, Gemstar was traded according to a market value of more than $10 billion, mainly due to its patents for a method of recording television programs (for instance, the possibility of recording television programs by keying a code into the VCR) and for e-books. The company relied heavily on licensing its patents to other companies in order for the latter to integrate Gemstar’s algorithms into theirs. Similarly, Qualcomm, the CDMA-technology patentee and a manufacturer of hardware for cellular phones and infrastructure, considerably reduced its manufacturing activities in recent years but has left its R&D center, and derives most of its revenue from licensing its patents in cellular communications, in the core of the company.

The courts (mainly in the United States) have made it clear in recent years that patents could be granted not only for technologies, processes, or uses, but also for “business methods.” Amazon, for instance, uses a patent to protect its “One Click” technology, which effectively allows customers to make repeat purchases with one click of the mouse, without the need to enter their personal information again or to remember their user name and password.

Alongside the many advantages bestowed by patents, it should be kept in mind that seeking a patent carries certain disadvantages, primarily the need to expose the technology; the high cost of seeking and defending patents; the difficulties involved in enforcing patents globally; and the fact that they are only applicable domestically (i.e., applications have to be filed in every country separately). Moreover, where fast-moving technologies are concerned, there is often no point in seeking a patent since there is a possibility that it will no longer be relevant when the patent is granted.

Many companies have a strategy of obtaining as many patents as possible. I.B.M., for instance, has approximately 20,000 patents, and Intel has about 3,000. Other companies, on the other hand, prefer not to seek patents, the consideration being that the patent itself will be published and could enable its replication with a minor, though sufficient, modification of the technology. Such companies may prefer the protection afforded to trade secrets over the protection of a patent.

Prerequisites for Obtaining a Patent

In order to be patentable, an invention must meet three main criteria: usefulness, novelty, and non-obviousness.

Obtaining a patent usually takes over a year from the date of filing the application. The main factor that influences the length of the process is the number of applications filed in the same field. In recent years, the U.S. Patent and Trademark Office has been unable to keep up with the sheer volume of Internet and software patent applications, and the process could last even three years in these fields. When the application is granted, the patent protects the inventor against unauthorized making, using, or selling of the invention.

A patent application includes a description of the patent and drawings, if the latter are necessary to describe the claims (each claim must be supported by the description). In addition, the inventor is required to declare that he or she is the inventor.

When an application is received by the Patent Office, it is transferred to a patent examiner who is proficient in the specific field of the patent. The examiner analyzes the description and the claims and also what is already known in the field (existing patents in the United States or other countries, familiar products on the market, publications, or any other publicly available information). The examiner may ask various questions or make comments about the listed claims. The inventor and his or her representatives may dispute the examiner’s objections, and the process may comprise several stages and take several years. As mentioned above, in an age of ever-increasing innovation in which the importance of protecting intellectual property is becoming increasingly important, the process of registration takes longer and longer, mainly due to a considerable shortage of manpower in the Patent Office.

Patents Outside the United States

Patent applications have to be filed in every country separately. The process is based on the Paris Patent Convention, namely the Patent Cooperation Treaty (PCT) and the European Patent Convention (EPC). A patent application filed in any one of the signatory countries of the Paris Convention (more than 130 countries), allows the inventor to file a similar application during the following year in every other signatory country, with the date of filing in the first country being deemed also as the date of filing in the other countries. In addition, the EPC process enables the saving of considerable costs in preparing the patent applications, since it is now possible to prepare one application for any member country of the European Community that will be valid in all EU countries. Such applications do, however, need to be filed in each country separately. However, it is important to note that the patent laws vary significantly from one country to another, and claims that are accepted in the United States may be rejected in other countries and vice versa. Business processes, for instance, are difficult to patent in countries outside the United States.

In recent years, many companies have started registering patents on business processes. Probably the first of such patents was a particular method of interconnecting information located in different bank accounts. Since then, many patent applications have been granted in the United States whose main claims include a description of a business process. Perhaps the most famous business process is that of “Priceline,” which describes a specific conditional offer by a buyer to a group of sellers. Many components of the patent concern the algorithms of the encryption of the information between the buyer and the sellers. The core of the patent, however, is the claim concerning the actual business process, in which a buyer offers a maximum price for a product, which offer is backed by a purchase commitment (via a credit card). The offered price is transmitted to potential sellers, who choose whether or not to accept the offer. If the proposed price is accepted by any of the sellers, the buyer, who can no longer change his or her mind at this point, is informed of the acceptance of his or her offer.

Many people, including inventors who managed to patent business processes, have been claiming lately that the Patent Office is not keeping up with the technological innovations and is therefore granting patents that do not meet the requirements of the law, in particular with respect to their novelty and non-obviousness. Their claim is that the dynamic reality, particularly in the Internet area, demands a stricter scrutiny of nontriviality. In response to this claim, the U.S. Patent Office had announced in March 2000 that business methods will be examined more carefully than in the past.

Patents on business processes account for many legal suits between companies that have been filed in recent years to the courts. In many cases, it has been claimed that even patents which are not likely to win the protection of the courts may serve as an efficient weapon in competition-related battles. A company may often demand that the use of a product similar to a product protected by a patent it had obtained cease, even if the court ultimately decides that the patent is invalid. Amazon, for instance, is denying Barnes & Noble the use of a product which is contained in a patent it had obtained for its “One Click” purchasing process.

In certain cases, it is possible to compel a patentee to allow the use of a patent. Such compulsion will be supported by the courts if it transpires that the patentee is not utilizing the protected invention in a manner meeting the needs of the country which awarded it to him or her. The PCT recognizes the right of its member countries to limit the rights of patentees in cases of nonuse or abuse of patents.

This tool is rarely used; however, the responsiveness of patent authorities to compulsion requests differs from one country to another, and usually depends on the impact of the nonuse of the patent on the competition in the market. It is also possible that compulsion is rarely used because patentees who fear such compulsion, choose either to grant licenses to the parties interested in the patentâ€”or at least to those who indicate that they will resort to coercionâ€”or to use the patent themselves. In the United States, this instrument was common in the 1940s and 1950s in antitrust trials. Now, however, it is relatively uncommon and in the U.S. is almost always exercised within the Patent Misuse Reform Act of 1988, which examines the impact which the use (or nonuse) of a patent has on the competition in the market.