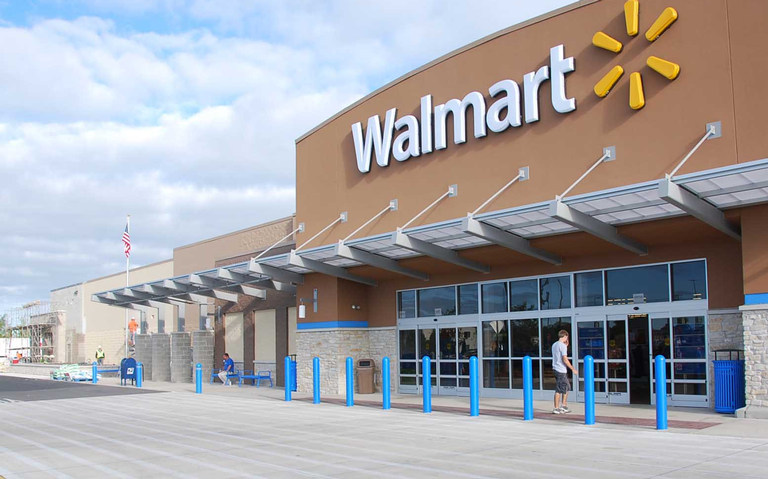 WalMart is an American multinational retailing corporation that has become one of the largest company in the world. Many retailers and businesses today try to implement similar strategies to try to mimic WalMart’s success. With such a big corporation and years of history, it can sometimes be a tedious process to find and understand the key factors from WalMart’s success. We have dived deeper into WalMart to see if we can figure out how WalMart has become a successful brand. This article starts with a short background of Walmart and the company’s history, after that we will dig in on what we believe is the top key factors to WalMart’s success.

As previously stated, WalMart is a multinational retailing corporation founded in America, and it is currently the world’s largest company by revenue. The brand is commonly known for stocking up plenty of products within all areas and selling them to the end-customer for very low prices. Currently, Walmart operates more than 11.000 stores in 28 countries and is the largest private employer in the world, with chokingly 2.3 million employers. The business is founded by Sam Walton who was brought up on a farm in Oklahoma. Before founding Walmart, Sam Walton was a J.C Penney (an American department store chain) employee. Later, he purchased his store with the idea to sell products at lower prices to get a higher volume sales, at a lower profit margin. Within five years of his first store, he started to generate up to 250.000USD in revenue. Fast forward to 1962, when Walton opened his first store in Arkansas with the name “Walmart”. Five years later the company had established a total of 24 stores in Arkansas and reached up to 12.6 million USD in sales. From there he started to establish his brand in other American states, the rest is history.

Now, let’s try to find out how Walmart was able to grow into the organization it is today and what makes the company so unique. Let’s look at the key factors of success and the company strategy that made Walmart to the number one retailer in the world.

On average, each Walmart store is usually around 104,000 square feet (9,700 square meters). Safe to say, each store is huge. Because of this, Walmart can store a significant amount of products in each store. A lot of products lets each store have an immense selection of stuff under one roof. The customer then has endless possibilities and countless products to choose from. To be able to handle the amounts of products they have superior logistics systems, where the locations guide is essential. WalMart’s supply chain is also excellent with very advanced integrated technology.

Since Walmart has such an immense quantity and variety of products under one roof and since they can set prices that are considerably lower than their competitors, they can sell products in large volumes. Even if you, as a customer, do not plan on buying anything beforehand you are most likely to find something that you “just need to buy” while in one of their stores.

Like many other brands, Walmart wants to ensure their customers that their brand equals trust and credibility. To ensure this, they have a refund policy where they accept all returned goods. Many of the stores are also open 24/7, which gives the customer the impression that Walmart is there, open, at all times. Since WalMart has such a large amount and variety of products, the customer can also be sure that he will find what he is looking for in one of their stores.

So, what target group does WalMart focus on?

Walmart is targeting people that want to save money by buying quality goods at the lowest price possible. These people might have a limited or average income and prefer to buy everything at the same location. (You may locate WalMart stores at MapsNearMe.com). At the time when Walmart was founded, in many cities/states in America, there was not any big retailers that provided large amounts and variety of products under the same roof as well as charging the lowest prices available. Since Walmart many similar companies have been founded, their primary competitor Target for example.

The story of Sam Walton and Walmart is a fascinating and inspiring one. Sam’s mission with his company was always to help people save money so they can live better. And this mission statement as well as his saying; “If we work together, we’ll lower the cost of living for everyone. We’ll give the world an opportunity to see what it’s like to save and have a better life”, is something that the company still truly lives by, even after Sam’s death.