Even if you can’t stand the usage of oversimplified and trite clichés, you can’t help but admit that the business world is one that is both dog eat dog and cut throat. To be competitive, small businesses need to think outside the box when it comes to their marketing initiatives; and if their smart, they’ll be able to achieve great success using a strategy known as guerilla marketing.

Simply put, guerilla marketing involves marketing to a customer base in a way that is as unconventional as it is cost efficient (potentially – while guerilla marketing can in fact be very easy on the wallet, it can also be expensive). With guerilla marketing, the goal is to attain a maximum impact-something not oft achieved using the tried and true marketing activities. 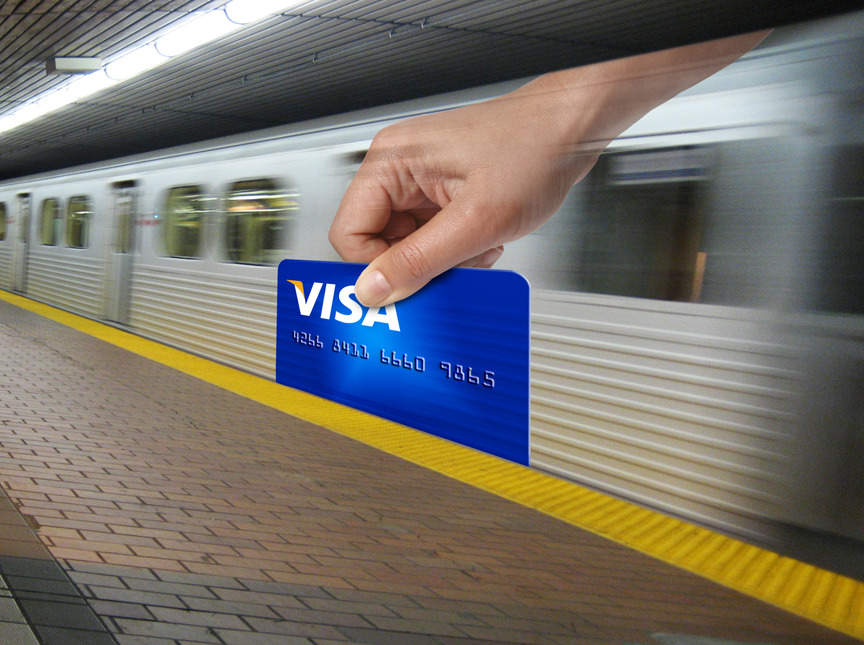 The goal with “getting seen” is about doing something so unique and so unexpected that people have to stop whatever it is that they are doing and take notice of it. Let’s face it. consumers are exposed to hundreds, if not thousands of ads each and every day, so they have become accustomed to drowning out things that are deemed less than ordinary. Sure, you could rent a hundred foot billboard in Times Square and emblazon it with your brand, but billboards in time square are a dime a dozen (click here to see a few billboard advertising options that are a little less cliché).

Rather than spending big bucks on giant ad space, why not take a page out of Folger’s book. Their street art, which featured a coffee cup decal placed on the ground, emitted steam – perfectly mimicking a hot cup of Joe. Because it was unusual, passersby couldn’t help but stop and check it out.

Thanks to the pervasiveness of social media, anyone with a large enough online following is a potential influencer of your product. If you belong to a niche industry and are looking for much needed exposure, there’s nothing wrong with sending your latest and coolest product to someone your consumers trust. Before doing this however, be sure that what you’re sending them is in line with the recipient’s views and opinions – otherwise this tactic can certainly backfire. 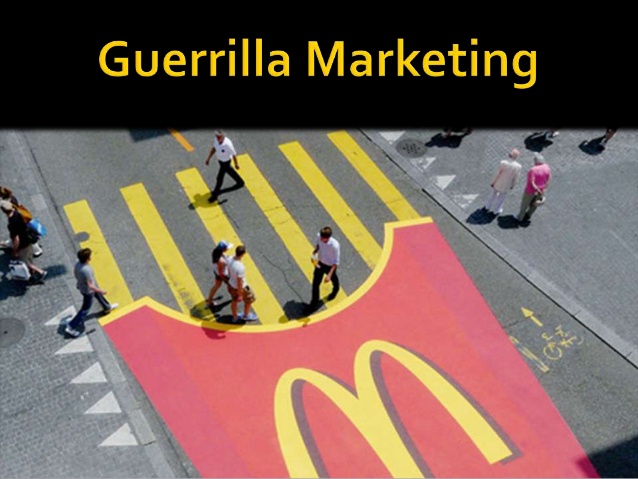 Sometimes, the most successful guerilla marketing campaigns involve blending two seemingly incompatible objects to deliver an unexpected message. Case and point: a charity in Chile wanted to create awareness about the struggles faced by the nation’s homeless. Rather than simply paying for a typical television spot, organizers set up a crane game in the city of Santiago. But instead of vying for plush novelties, players were tasked with trying to pick realistic homeless dolls, which, in true crane game fashion, always seemed to fall from the grip at the last second. After losing, a card was ejected from the machine stating simply: “A coin doesn’t get anyone off the streets”. Unexpected, poignant, and most importantly, memorable.

Whether your motives are purely altruistic or you’re hoping to cash in on some positive PR, being active in giving back to your community is a great way to get exposure. Whether you and your staff are washing cars for charity or filling bowls at a soup kitchen, there is nothing wrong with letting people know what good deeds your organization is up to. Community outreach is a great way to communicate your business’ values – and that’s something that people respond to. The best part about marketing your business while helping out your neighbors is that the only thing it costs is your time – and for a cash-strapped business, there is nothing better than free exposure.

Take for instance a newly formed purchase order financing company. Generally, their clients are other businesses that are in need of some liquidity. What can this firm do to create buzz in a saturated market? Celebrity endorsement might work – but why not stage a fake protest demanding an end to high-interest business loans? Believe it or not, some companies have done exactly that.

Do you remember when you first laid eyes on a roller coaster? Or a pirate ship? Or a fully reconstructed T-Rex at your closest museum of natural history? Do you remember how awestruck you were in that moment? With guerilla marketing, the sky is the limit. Marketing should never be about making sales, it should be about ingraining your business in the mind of the consumer – of creating a feeling of connection within a customer whenever they see or hear your brand. That’s why, the most important thing about guerilla marketing is the impact. To truly make an impact on an adult, it’s almost as though you need to help them discover that joy of whimsy that they may have long since lost. Need proof? Make a note of people’s faces the next time you see the Oscar Meyer Weinermobile rolling down the street.