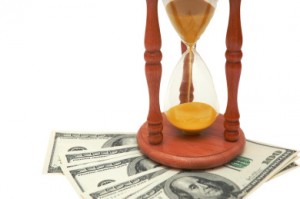 These days, managers are focusing both on productivity and reducing costs to a greater extent because of the greater levels of competition in the world. The glottalization of business has resulted in the increase of choices for customers and information about those choices. As a result, this creates less pricing power for firms. Increase in more choices has developed a simple strategy for firms i.e., they have to increase their productivity and reduce their costs in order to maintain their profit margins.

Companies determine the percentage of time spent on a particular activity by using the formula: the total number of occurrences for each activity is divided by the total number of occurrences for all activities. Similar principles can be applied to asset productivity or utilization. It is helpful to look at asset productivity separately because of the relationships that exist between asset utilization, economies of scale, and unit costs.

Economies of scale occur when the per unit cost of production declines after a firm's output increases. This is generally achieved when a firm has certain fixed costs that don't change regardless of how many units of services or products it produces. The per unit allocation of these fixed costs and, therefore, the total cost per unit go down as more units are produced.

The nature of the production process directly affects a firm's economies of scale. There are four major classifications of production processes. Continuous flow production is characterized by inputs that are transformed into outputs in an uninterrupted stream.

Assembly line processes are characterized by a series of workstations at which individual steps in the assembly of a product are carried out by workers or machines as the product is moved along. Cars, computers, and cameras are all examples of products typically made through assembly line processes. Small batch processes are used to produce exactly thatâ€”small batches of products or services.

It is important for operations managers to understand that economies of scale can't capture lower costs through higher volumes. There are also learning effects. Learning effects occur when a company gains more experience at making a product and develops greater insight about how to do the task more efficiently. This learning effect can increase productivity and lower unit costs.

Generally, most operations managers would like to capture both the economies of scale associated with continuous flow and assembly line production systems and the flexibility and customization benefits of small batch and job shop systems. This pursuit has led to the development of a flexible manufacturing system (FMS). A flexible manufacturing system has a higher degree of ability to adjust to both anticipated and unanticipated changes. This flexibility generally falls into one of two categories: station flexibility and routing flexibility.

Station flexibility is the ability of a firm to change the order of the operations or the ability of a given worker or machine at a particular point in the production process to adjust quickly so as to produce different products.

Routing flexibility is the ability of a firm to use different people along with multiple machines in order to perform the same operation on a part, as well as the overall production system's ability to absorb large-scale changes, such as changes in volume, capacity, or capabilities.