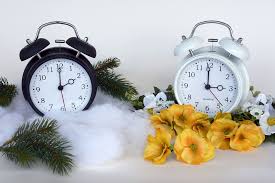 Leaders are always concerned about how engaged and satisfied their employees are, and this is particularly important in terms of work life balance. For CEOs, the goal is to keep a team functional and productive, and this is not possible if they are burned out. But for real executives, it often seems impossible to implement the lessons they want to teach their team members on themselves. The worst people for having a good balance between work and life, in fact, are CEOs. But there are exceptions. Charles Phillips, Infor CEO, affairs at work and at the office are inextricably linked, and he is committed to setting a positive example.

When someone reaches the very top of an organization, they seem to forget that it is still important that they too have job satisfaction. The rules on happiness that apply to employees apply to them as well, but they seem to forget this. It is as if the word “executive” also means “no more fun”. Sure, someone who reaches those levels will experience a lot more pressure and responsibilities, but they should be able to manage these, or they would not have reached that position either. That said, the majority of CEOs have sacrificed a lot of their personal time in order to become successful, and how dedicated they have been. And it is then expected that they will keep that up in their new position, which means they never get any time to themselves anymore.

Perform a Google search, for instance, on how someone should achieve a healthy work life balance, and you will see thousands upon thousands of hits. The problem is, however, that those tips tend to be applicable not to CEOs, but rather to mid level or even entry level employees. There seems to be nothing out there for the executive, inundated with responsibilities, and over achieving. Nothing seems to be out there for them. According to some of the world’s greatest CEOs, however, which includes Charles Phillips, it is all down to one thing: forgetting to have personal time.

Forgetting to Have Personal Time

It doesn’t matter whether you are someone with a loose management style, or whether you are a true Type A manager, there is one thing that brings all CEOs and executives together: they live by their diaries. This is understandable, because they have to have some insight into who is pulling them in what direction and where they have to be at what time. They have pop ups so that they don’t miss deadlines and important meetings. Anything that isn’t in “THE DIARY” isn’t real.

But what they forget, however, is that this diary should also include personal time. This is a tip that both Charles Phillips and Richard Branson, CEO of Virgin, share. They feel that every CEOs and executive’s diary should have booked in slots for personal time. That way, it cannot ever be forgotten, and they can’t get away from it either, quickly scheduling in just one more meeting.