Quite a long time ago, on September 22, 1949, in the USA was founded the first of its kind – American Business Women’s Association that was aimed at bringing successful women together. Today, this date is celebrated as the Business Women’s Day. On the eve of this holiday, we want to share with you the top ten stories of successful women in business, whose dedication and hard work can’t fail to inspire and motivate every business woman! The following list was compiled with the help of resources such as Essaysontime and Forbes.

Who Are The Most Famous Female Entrepreneurs? 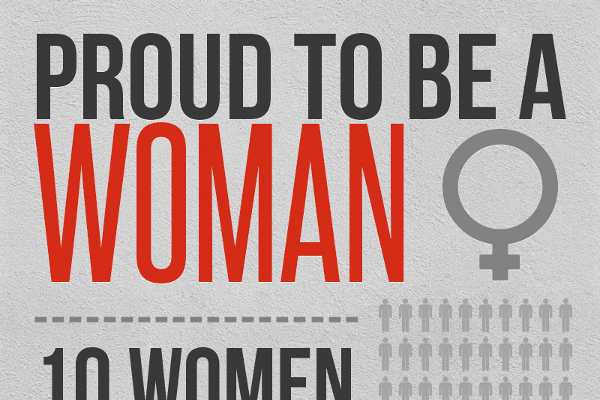 It is not a secret that some people still believe that women-owned business is doomed to fail, or that business for women has to be limited only by specific areas, but, in fact, everything is different, and we bet that you will be impressed by the following stories of the most powerful women in history!

Estée is an excellent example of a successful business woman! She started out as a seller of natural face creams and became the owner of a big and successful company that produces cosmetics.
What is the key to her success? It is her unusual approach both to co-workers and customers. It is interesting that she was the first who provided her clients with free samples and gifts for the purchases and liked to give them consultations in person.

Everyone knows about this woman! For Coco Chanel, the path to her goals was long and exhausting – she was raised in orphanage, had to work as a seamstress and singer for peanuts, but today, her fashion house is one of the most known and famous in the whole world!
What is the key to her success? She was never afraid to do something revolutionary! She was the first who offered women to wear unusual outfits, partly borrowed from the men’s wardrobe, and was able to destroy the stereotype that black is poor and mourning.

This is another inspiring example. The founder and owner of the same-named company, Mary Kay is considered the most successful entrepreneur among all famous women leaders in the US history.
What is her secret? She was always following her heart and dreams! She did not just found a cosmetic company – Mary created a brand new corporate culture, she created the company “that has a heart.”

The brand Widow Clicquot is one of the most famous developers of elite champagne that still remains popular today. What is her story? Although Madame Clicquot lived in the 18th century, it did not stop this woman from reaching her goals – her husband died and left his father’s business to Barbe-Nicole who came up with the innovational technology of creating champagne and build a world-class brand.
What is her secret? Always being one step ahead of the competitors!

Ruth is the creator of the world-famous toy – Barbie and owner of the company Mattel – the international leader in the toy and family goods market.
Her tip for other entrepreneurs: to create good products that will have high demand – never forget about analyzing the behavior of your consumers and studying their needs!

This is another impressive story. Helena is a creator of the world’s first chain of beauty salons. Also, she was the first person who classified skin by types and developed a complex approach to the treatment of skin diseases.
What is her secret? Saving is the best way to wealth! Even being one of the richest women in the world, she never liked to spend her money – Helena did not even go out to eat in a restaurant.

Indra is a great example of an educated and hard working person who was moving towards the goal despite all challenges and difficulties. She was born in India. She realized the importance of education and was brave enough to give up on her family’s traditions – Indra left her country to continue studying in the USA. The results of her work are clear. Today Indra is a CEO of PepsiCo!

The British housewife Joan Rowling just wanted to write a book. At that time, she could not imagine such a huge success, but now she takes 78th place in the list of Forbes most influential women in the world and is the richest woman in the UK.
What is her secret? Joanne says that she never strived to become rich; she was just doing what she liked and thought that the result was good enough to share it with others.

Oprah’s childhood was not simple. Despite all the difficulties and bad things that happened to her, she did not give up on her dreams, and today she takes the first place in the Forbes’ list of the world’s most influential women (by the way, it is the fifth time she wins in this nomination).
What is the key to success? The more you give – the more you get!

Yelena is a founder and president of Inteco that became one of the most profitable enterprises of Russia and she also is in the top three of the richest women in the world!
The main secret to Yelena’s success is constant learning, self-development, and improvement that helps to grow individually and professionally!

Each of these female leaders proves that success is reachable for everyone! Even if you lack funding, there are many small business loans for women that you can get. Never give up, and you will reach your goals!