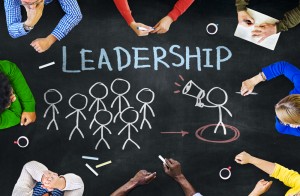 Recognizing the huge amount of management materials on situational leadership that have been written in the last fifty years, we will discuss two theories that, from our perspective, give the overall idea of this approach and also have more relevance to a project environment.

In order to be able to measure the leadership style, Fiedler suggested using a scale of characteristics of the least preferred coworker (LPC).

Relaxed Following the suggested scale, the leaders are to describe the most ideal employee and the least preferred coworker they can work with. Finally, the overall number of scores gained by the leader shows him being oriented toward one of the two styles: relations-oriented (high LPC) or task-oriented (low LPC). The combination of three situational variables and two leadership styles gives eight major types of situations describing Fiedler's model.

The leaders with low-scoring LPC are more work-oriented and can be more efficient in very favorable situations where they can afford to spend more time developing relations with employees instead of interfering with their work or in very unfavorable situations where they just dictate what the employees do. In a project environment, that corresponds to two types of projects: the very typical project with very low uncertainty, lots of flexibility and reserves, and with team members with lots of experience in implementing projects of this type; or the project that gets into crisis conditions in which the project manager is expected to temporarily break the major rules of human resource management and move on to a dictating and authoritative style.

The leaders with high LPC would be more efficient in the moderately favorable situations that are common in the case of projects. The two types of conditions can occur when the tasks are well structured and the relations with the employees are good or when the relations with the leader are good but the tasks are poorly structured. In the last case, the leader is dependent on the employees to have enough desire and creative initiative for task implementation. This is also often the case in projects. However, in this last case the leader has the opportunity to pay more attention to the work itself because the relationship is already well established.

The model allows us to choose a manager related to the situation who has already familiarized himself with the group and organization. It also helps a manager to see ways of changing the situation if changing the manager himself is for some reason undesirable. However, this model considers the leadership style to be something more or less set for a certain leader. Therefore, for a project environment where the situation can change many times throughout the project, it is more reasonable to pay attention to another model considering the ability of the leader to change his or her behavior during the different project stages.

The situational leadership model of Paul Hersey and Kenneth Blanchard concentrates on something called the followers' maturity level as a key factor that is determined by people who have the ability and wish to fulfill the task set up by the leader. The two components of maturity are:

There are four stages of maturity described by the model:

As we look at the four levels of maturity described above in the context of a project, it is quite clear that they do not represent different groups of people but rather describe different types of behavior that change as the project moves on. In a classical project, the team members start with high enthusiasm and low competence, then their enthusiasm normally gets lower without changing the competence much as the work develops; further on, the competence level starts to grow as the experience grows with the project; finally, a high degree of professionalism and a high level of motivation are reached as the person starts seeing himself producing really good results.

Learn more about the theories of situational leadership only at the University Canada West, one of the best universities in Canada, offering various business and management related programs.