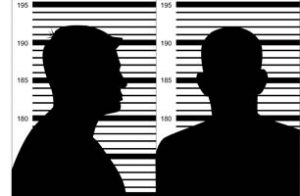 “What’s on the internet is forever”, people say. What if it is your mugshot that is on the internet? Unfortunately, arrest records and mugshots are public records, and the police have the right to keep your mugshot on the internet as public service. However, there are now some companies that try to make money by re-uploading mugshots on their websites and demand some kind of payment to take them down, even if the offending mugshot has been taken off the sheriff’s website due to a sealing or expungement. This is certainly verging on nasty territory, but what are your options? Personal injury attorney Brett Metcalf from “Hillsborough Defense” admits that there is not much one can do, especially since many of these questionable companies are located offshore, which means court order enforcement is not guaranteed.

The Case of the “Hot Convict”

A Tampa Bay woman, dubbed the “Hot Convict” has experienced the persistent and annoying unwanted “fame” as a direct result of an online mugshot company which she sued for trying to gain profits (specifically, by using her image as advertisement) by using her mugshot. She also alleged that this company, called InstantCheckmate, violated her privacy, caused her mental harm and used her image for financial gain without her permission. As of today, it seems like a settlement has been reached after her case was voluntarily dismissed in a federal court. However, her attempts to get her DUI mugshot off the internet has caused her even more notoriety. Suffice to say, a quick Google search on “hot convict Florida” still results in countless memes that would live forever on the internet.

A Bill to Stop Mugshot Companies?

One Florida lawmaker has filed a bill to disrupt mugshot companies’ operations. If the bill passes, it would block mugshot companies from taking payments for removing online mugshots. However, as with many problems related to the internet, this possible solution is not foolproof. One loophole of the proposed bill is that the biggest and most profitable mugshot companies could theoretically survive financially by just selling ad space. Moreover, the bill does not take jurisdiction into consideration, which means that anyone who sues these mugshot companies would likely end up fighting in federal court, which is usually more complicated and expensive than state court. Just these two challenges could be enough to discourage most possible plaintiffs. Finally, the bill only protects the person in the mugshot. This means that the person’s estate or their power of attorney (in the case of legal incapacitation) has no authority to sue mugshot companies on their behalf. The way things are looking right now, there really is not much anyone can do to prevent mugshot companies from re-uploading anybody’s mugshot on the internet. There is also the concern about the public’s right to access to public records. However, anyone whose mugshot has been republished online by these companies could always demand to their right to privacy. There is so far no perfect solution on the horizon.