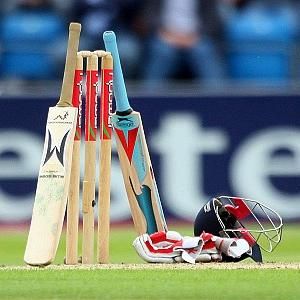 Last week, the Supreme Court of United States had boosted the long-term legal battle of New Jersey regarding the allowing of the sports gambling. This boost up came as an order was made for which the solicitor general will have to place the brief of the case. This is also called as CVSG among the court watchers.

The order of the court helped New Jersey to continue their long struggle to legalize sport online games in New Jersey. The review that was granted gave new air in the struggle. This order also offered the change for the Trump Government for weighing in on those important federalism problems that were prevalent in the court case.

The Background of the Case:

This is not the first time that New Jersey had to head for Supreme Court for allowing the gambling sport to be brought into the state. In the year 2012 the authorization was made by New Jersey for the racetracks and casinos. However, this led to a series of complications where a suit was filed for preventing the law.

There were organizations like NFL, NCAA, and MLB, who filed a suit mentioning that the government was going against the PASPA Act. This restricted the practice of the law in New Jersey. This continued for a long time and the petition of New Jersey was turned down by the Supreme Court several times. At that time, the plea that New Jersey made was refused by the third circuit and since then, the fight was on for the government to legalize the gambling sport in there.

A new law was enacted in the year 2014 where it was stated that the restriction that was put by PASPA would not be able to stop the states from cancelling the previous bans on the gambling sports. But another suit was files by NCAA and party and an argument was made where they stated that the existing law was still a violation of the PASPA act. However the panel wanted to hear the case and after that a review appeal was filed by the solicitor General of United States, Ted Olsen.

As it is evident, the current options are coming in such as a way that it is creating a farfetched result in the state as well as other states as well. The most important thing is that as the new administration of the country has come up, the learned part of the country are waiting to see how the whole thing runs.

The order of filing the brief was issues by the Supreme Court on 17th January. This was truly significant from the part of the Supreme Court as the order requires a minimum of 4 votes for being granted. A number of Justices were, as a result of that, interested on this case. The solicitor general was instructed by the court to submit the brief where US is not to be taken as a party.

No deadline is made for the brief submission. But it may be so that following there tradition by the end of the May end the brief will be filed and therefore before the summer recess the Supreme Court would make the considerations regarding the petition. It is this time when a ninth justice will probably be there for placing the vote. However, the advice that the solicitor general will make will not necessarily be granted by the court; they also may not hear those advices.

Nevertheless, as it is a review, the recommendations made by the solicitor general may be heard in this case. However, as the process is carrying on, it can be expected that by June 2017 the decision would be taken. The parties are now looking forward to it. They are sure to reach a proper ending of the case by this time.

What Implication this review process has?

In the gaming industry, this decision will offer a widespread effect. Especially at the commercial casino industry the impact would be significant. The decision would actually show a way of legalization of the gambling games in spite of the PASPA Act. Other than that there are other rippling effects also that may take place. As this decision is still awaited, the state waits as depending on the verdict the government will decide how they will be taking the steps for other sports as well.

However, it is also true that until and unless the verdict is given, the government will not be able to make any reform in the rules and regulations of the fantasy games in the state. It is called as daily fantasy sport. There are other activities also that fall under the PASPA Act and for them too, this verdict would be much important. But that is not all, there are other parts as well that needs proper clarification here.

It has been quite a long time DFS had its inception and presently, it has become an industry of millions of dollars of profit. As a result of that, there are a number of states where DFS had been exempted from the ban and there people can play the game with proper license. Now that New Jersey has started the challenge, it is anticipated that several other states will also follow the way to challenge PASPA.

In a nutshell this whole process of submission and judgment will surely produce a new way. The new path would be for those gaming industries that are facing complications of rules and regulation in terms of legalization. As the Trump administration is here now, everyone is waiting for a new discovery of better gaming industry here.